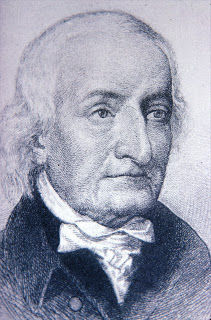 Constitutional theorist Daniel Dreisbach writes, many Americans “made salient contributions in thought, word, and deed to the construction of America’s republican institutions.” One of them was Hugh Williamson. Few today have heard of him, and almost everyone overlooks this founding father when trying to learn of the “original intent” of the Constitution. That’s a mistake. To ignore Williamson (and founders other than the usual five or six historical figures) is an inadequate approach to understand proper originalism.

When bypassing those lesser-known founders, we view the past through a distorted lens. And despite our best efforts, that view will be at best an image with a fuzzy outline that prevents us from seeing otherwise distinguishing and valuable features.

“Original intent,” then, mistakenly becomes nothing other than the opinions of a handful, and we ignore the role of the ratifying conventions and the wisdom of other leading public figures in understanding the process of ratification and the federal underpinnings of our government.

An examination of Hugh Williamson and his ideas sheds more light on the path to understanding “original intent.” Why? He was one of the most active delegates at the Philadelphia Constitutional Convention, and his opinions were respected across America.

Williamson, an Edenton resident, delivered more than 70 speeches at the convention and was appointed to five committees (the second most of any delegate). He had a particularly strong interest in economic questions, serving on committees to consider questions such as state debts and the slave trade.

While considering these questions of immediate import to the young republic, Williamson made a large number of smaller contributions to the Constitution. After other delegates proposed that national senators serve seven-year terms, Williamson suggested the six-year term that eventually resulted. Moreover, his comments on the procedure for trying the president after impeachment affected the outcome of that debate; while delegates had considered granting the Supreme Court the power to try the president, they eventually deemed trial by the Senate a more desirable option.

After the convention, Williamson wrote a number of essays supporting the new Constitution. On November 8, 1787 — at the same time the initial essays of what would become The Federalist Papers were written — Williamson spoke to the people of Edenton and Chowan County, and to North Carolinians, about the reasons for ratifying the Constitution and countered arguments by Antifederalists.

This speech was later titled “Remarks on a New Form of Government,” and the next year it was republished in papers in New York, Pennsylvania, South Carolina, and Massachusetts, when the people in those states were debating the merits of the Constitution and whether it needed a Bill of Rights.

“Remarks” is, for lack of a better word, remarkable. Many of the Federalist Papers are so verbose and convoluted — and almost dodgy at times — that in some ways they were and remain esoteric. Williamson is more concise and straightforward. He seems to have made efforts to reach a broader audience without dumbing down sophisticated arguments. With strategic placement of appeals, a sense of national honor, and literary flair, the former Presbyterian ministerial student, member of the American Philosophical Society, and physician emphasized the weaknesses of the Articles of Confederation and the strengths of the Constitution.

Throughout the essay, Williamson argued for securing liberty and property, and he thought that the Constitution would accomplish that. If he was wrong, Williamson writes, he hoped his political opponents would “charge those errors to the head, and not to the heart.”

Books on the American Founding are available from The Imaginative Conservative Bookstore. This essay originally appeared in Carolina Journal Online and is published here with the author’s permission. The Imaginative Conservative applies the principle of appreciation to the discussion of culture and politics—we approach dialogue with magnanimity rather than with mere civility. Will you help us remain a refreshing oasis in the increasingly contentious arena of modern discourse? Please consider donating now.

About the Author: Troy Kickler

Dr. Troy Kickler is the director of the North Carolina History Project. An alumnus of The University of Tennessee, Dr. Kickler's historic specialties are nineteenth-century U.S., Civil War and Reconstruction, African American, and religious history.