King Solomon’s Mine: or How I Accidentally Destroyed a Kibbutz 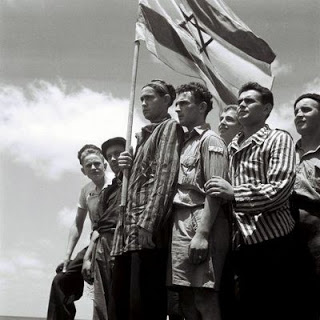 “It was an accident, Your Honour! I d-d-didn’t mean to hurt them,” I exclaim. “They were kind to me! I just asked a question!” Then I wake up, never knowing the verdict.

It was 1982, a fortnight before the Sabra and Shatila massacres just over the border in Lebanon. I had never visited Israel before and the kibbutz was perched on the Golan Heights: by night the only other visible lights were Syrian. It was a surprise. I had expected Spartan surroundings at the epicentre of voluntary socialism, but what I found resembled some Mount Sinai Golf & Country Club in a place like Shaker Heights, Ohio. I had imagined strapping, sunburnt swains and gorgeous, sloe-eyed damsels singing the Hatikvah at rough-hewn tables, but I was met by a bunch of kindly old geezers in English cloth caps who were tugging forelocks, chewing on briar pipes and speaking in “Eh-bah-gum” Yorkshire accents. It looked like a casting-call for Andy Capp.

They were Jews from the North of England; salt-of-the-earth, working-classes all. The Israeli-born swains and damsels were still at their jobs, so the old gents gave us the tour of their tidy modern cottages, wall-to-wall air-conditioning, neat paths, luxurious lawns and manicured shrubs, tennis courts and no less than three hairdressers from which to choose, all of which they had made themselves in little more than a decade of back-breaking effort. It made one proud to be human.

The handsome swains and beautiful damsels came home eventually, and after giving us a pleasant meal we were invited to their weekly management meeting in which all important decisions were made collectively.

Throughout the meal it became clear that the kibbutz suffered from a generational divide. Prime Minister Menachem Begin and Defence Minister Ariel Sharon persecuted a war in Lebanon which scandalised the older generation. “Bloody fascism, lads!” they grumbled.

Meanwhile, the kibbutzniks under the age of 45 were hawks. “We know Arabs. If we don’t kill them now,” warned one of the swains, “one night they’ll creep over the fence and slit our throats while we sleep.”

After their brief meeting they took our questions. My American colleagues, allegedly “young political leaders” on somebody’s junket, asked who chose the menu and who had to clean the chicken-coops. I prefaced my fateful question with a story.

Wherever I travel, I explained, and whenever my hosts are as kind and generous as you have been, I bring vast riches quite inadvertently. When I tripped over that curious blue rock in Kimberley, South Africa, how was I to know what a diamond looked like? When I ruined my suit in that black muck on the Aberdeen beach, I continued, nobody knew about North Sea oil. So, when I go to the bus tomorrow morning, I may well fall down the shaft of King Solomon’s lost emerald mine, making you rich beyond the dreams of avarice.

What happens then, I asked. Emerald mining may be hot and unpleasant work, so will you dig the gems yourselves or hire inexpensive Palestinian labour? Already, you have built yourselves a small paradise here, so will you give the riches to poor kibbutzim in the Negev Desert? Or will you buy big yachts, stock them chilled champagne and tool about evermore on the Mediterranean Sea?

Yikes! Before my eyes the generational divide widened into a Grand Canyon. The old Zionists began waving soup-spoons or cloth caps: “Eh-bah-gum! We’ll dig them emeralds out wiv our bare ‘ands an’ give ‘em away to our poor bruthers and sesters! We’re kibbutzniks, lads!” they roared.

“Yachts!” shouted the damsels and swains calling for champagne. “Quick! Somebody buy shovels and hire some Arabs,” one added. As we crept to our bus the next morning they seemed to be at it still, hammer and tongs, and I have felt guilty ever since.

We humans cooperate better in adversity than in comfort, and I have seen the kibbutz episode repeated in reverse.

As rockets rained daily on Kabul during Afghanistan’s civil war in the mid-1990s, an almost magical colleague decided to find apprenticeships for the innumerable abandoned street-children whose parents had been lost or killed. Fat chance, I thought to myself: every barber, tailor or car-mechanic had legions of unemployed relatives to feed first. Deeply religious, charismatic and convincing, the aristocratic Afghan lady went from shop to shop making her pitch with relentless energy, and soon she had dozens of willing participants. “By the grace of Allah,” the small-business owners explained, “we have food to eat and a roof over our heads while these children have nothing. Of course we will help.” We provided a small stipend for food, donated by the Canadian government, and monitored the masters and their young charges to ensure that the latter were taught their trades.

At the same time, books were published in England comparing social data with folk-memories of the 1940-1941 Blitz. Policemen had been trained to handle weapons for the first time, to shoot looters rummaging through the bombsites, but the looters never came. Schools were secretly designated as asylums for those who suffered nervous-breakdowns or worse, but they were never needed. Common recollections were borne out, that “we Londoners looked after one another, luv. We were better then.”

Now in England, some public-sector workers and university students take to the streets protesting cuts that so far only limit the expected growth in government spending: the real cuts, there and in America, have not yet begun. But most Britons seem to have put the kettle on the hob, making tea and preparing to muddle through. I wonder whether, in dark times ahead, Americans and Europeans will rise to the occasion as did Afghans and Londoners.

Looking at these three examples—from three different countries, religions and cultures—there may be reason for optimism, for in true adversity humankind’s default position may be nobility, generosity and kindness. We shall see. Meanwhile, I hope that the kibbutzniks are okay without the emeralds.