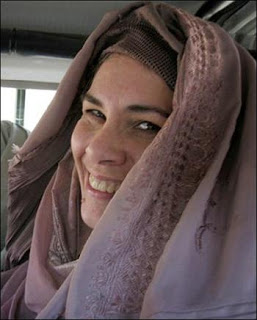 All that one needs to know about population can be explained in two points.

Point 1: Analyses borrowed from Goldilocks’ Three Bears, that population growth is too hot, too cold or just right, are all equally correct or incorrect depending on where. Point 2: Virtually all global population policy is codswallop because ‘macro’ theories are usually meaningless when applied to ‘micro’ problems, and decisions made in bed between a husband and his wife get not much more ‘micro’ than that.

To my considerable dismay, the pretty lady from the World Bank introduced the drab, little New Englander. “We’ve been friends for years,” she said, “Wesley advises the United Nations on population and birth-control.” My heart went down like the Scharnhorst as Wesley squeaked and extended his paw.

I chose not to ignore him since we were stuck together on an aeroplane or in a bus or at a conference but I no longer recall which: the mind deletes such unpleasant memories along with oral surgery gone wrong or surviving attempted genocide. The population expert smiled weakly as if he suffered from gas, while repeating, probably for the ten-thousandth time, the global statistics that everyone knows already. As his vast reservoir of frightfully gripping fractions and projections, ratios and logarithms began to slowly run dry, I fairly leaped at the chance to interject a question.

Where I used to live in Pakistan, I began, some luckless dogsbody employed to break rocks on the roadside earns a dollar a day, of which he saves somewhere between nothing and bugger-all. He can probably keep on working and living hand-to-mouth until he reaches age 60, whereupon he and his lady-wife stop eating or else their grown-up children support them. Suppose they decide on having two. Infant and child mortality run high there, so if the couple plans ahead they factor in some extra rug-rats in case they lose a few along the way. Then half of the sprogs are likely to be girls, who will be of no financial help since they will one day each have a husband with his own retired, rock-breaker parents to support.

Wesley stared back in silence, only blinking.

This, I continued, means that in order to be fairly certain of having the support of a grown-up son, he and his spouse need to have at least four offspring: perhaps two females, one surviving male and one male casualty who crawled down an open drain or something. If he wants to be safer, raising six ankle-biters may be prudent. The little tykes don’t eat much, I added, and once they reach age 7 or so they can be put to work as child-labour to cover their own costs. But if the mother keeps calving girls, then she and her old man had better keep on rolling the old nocturnal dice until she drops a few bouncing baby-boys, what? (I tried to avoid using technical terms so as not to sound presumptuous and to keep things matey).

I assumed that the expert would have interrupted me by then, offering up some minor codicil to the UN Population Strategy or citing a few Millennium Development Goals that had slipped his mind earlier. But he just kept blinking while the pretty lady from the World Bank tucked into a cross-word puzzle extracted from her voluminous purse.

“Now as every schoolboy knows,” I concluded, quoting Macaulay which he missed as I anticipated, “having 2.1 children per couple is the population replacement rate approved by UNFPA, the United Nations Population Fund. Since there is no social safety net or public pension in Pakistan, and faced with death by starvation at the tender age of 60 unless he sires a half-dozen kiddie-winkies, what possible reasons have our roadside rock-breaker and his good wife to give the tiniest, silent fart about what the UN says?”

He kept opening and shutting his ocular blinds as though he were sending out emergency messages in Morse Code.

Meanwhile, I pondered what might be his eventual answer: a sense of personal responsibility to Gaia, our dear old Mother Planet, was possible but not too compelling for some poor blighter facing an agonising death from the sudden and total absence of chapattis and dhal. Besides, I have met a few Pakistani rock-breakers in my time and they are not a very subtle or nuanced bunch I can assure you: their most common response to the Gaia Hypothesis would be a popular local epithet referring to a chap who is uncommonly chummy with his sister, followed by a brief encouragement to waddle off promptly.

After a long time rumbling in volcanic thought the expert finally erupted in reply. “Gee, that’s a tough one,” he admitted saying nothing more.

I bowled a few more past him just to ensure that Wesley was not putting me on, but he looked quite sincere and it seemed never to have crossed his mind that the prospect of starving to death may distract one from meditating on the planet’s long-term statistical worries.

As he no doubt intended, our little exchange made me a more conscientious global citizen, but sensitised not to a world-wide population explosion but to how out of touch are these experts. Wesley had at least a generation of highly-paid population-consultancy under his impressively elongated belt, but he had clearly never extracted his muzzle from the mathematical tables long enough to wonder what makes ordinary people tick. I suppose that for such trifles the UN does not easily ladle out the guineas. Indeed, abandoning their lucrative macro scare-mongering, to admit that population control depends upon the far more difficult task of economic development, would have pretty much gummed-up their fund-raising.

A few moments spent lingering over tea with your average Pakistani rock-breaker, nomadic Afghan herdsman or Tanzanian peasant farmer makes it rather clear that, even if they cannot read, they sure know how to count. Gut-wrenching poverty may have something to do with it.

I once walked into an office full of my Afghan refugee colleagues, all of whom had dozens of unemployed brothers and cousins to support so they were well-heeled on payday but skint ten minutes later. The wireless had just broadcast the new UN plan to make the refugees shove off home long before it was safe, and armies of experts had devised a complex and foolproof scheme of border-posts handing out blankets and about three-hundred bucks in cash, tools and seeds to any takers, ensuring that none could turn around, sneak back into their UN-funded refugee camps and begin demanding food again. I asked my office-mates what they made of it. “We’ve only had ten minutes to think it over since the broadcast,” one replied, “but we figure that a guy with an old car and one fake ID-card could clear about $800 a day.” Across Pakistan, four million Afghan refugees had just made the same calculation. “Don’t know much about history,” Sam Cooke sang, but poor people have an eye for the main chance. They need it.

The world’s poor lead lives vastly different than ours, but they are fully aware of their few opportunities, incentives and disincentives and often plan their families accordingly. As a European or American sees children as an expense however desirable (estimated in England at US$ 300,000 per), the cost may be negligible in the developing world. Where few Western parents expect their children to support them in their dotage, in poor countries it is often essential and their social traditions demand it. Rich or poor, South Asian widows still move in with their eldest sons and anything else is quite unthinkable.

Where education does seem to encourage poor people to have smaller families, there is usually something else going on behind the curtain and it is usually opportunity. Opportunity may permit parents to save a little for retirement, thus reducing their need to have many children, or more likely the smaller families stem from new opportunities for parents to spend money on better educating fewer children for more lucrative employment later. With the cost of private education in the developed world, many Western parents make the same decision for the same reason.

But choosing to have fewer but higher-earning children requires money, often just a little, and that requires economic growth permitted by many factors including property rights, access to credit, and reducing the corruption and voracity of the usual, predatory, Third World state.

Then my hypothetical Pakistani rock-breaker could start a retirement business shredding and recycling UN population reports.