Many of our readers ask how they can understand the complex world of diplomacy and geopolitical strategy, and how they might explain it to their children. It is not nearly as difficult as it seems, and this short and clear introduction uses simple facts from current news coverage.

US Secretary of State Hillary Clinton has just returned from Pakistan after warning them to stop helping the Taliban, but the pot may be calling the kettle black. 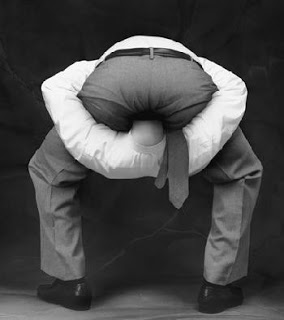 Let us turn to the Afghans. Pakistan, when it is not busy fighting the Taliban, says it supports the Taliban because their enemies, the democratic Afghans, are pals with their arch-enemy, democratic India. Caught between anti-Pakistan India and pro-India Afghanistan, Pakistanis feel that, without supporting terrorists, they will become the filling in a very hostile ham-sandwich (although, being Muslims, they often prefer another analogy).

Afghans have recently signed defence treaties with India, which makes the Pakistanis even more nervous, but Afghan President Hamid Karzai reassured them last month by saying that “India is our friend but Pakistan is our brother.” This means that his friends will train his army to protect him from his brother.

Meanwhile, India deploys a fiendishly clever strategy to keep Afghanistan on side, something that would never occur to the Pakistanis. India sends foreign aid and food, and welcomes Afghan students into its universities, while Pakistan funds terrorists and shells Afghan villages. Different strokes, one imagines.

This week, the US Secretary of State, the CIA director, and every American official short of Smokey the Bear, pitched up in Pakistan ordering them to lay off the Afghans. The next day, Afghan President Karzai announced that if his ally, America, went to war with Pakistan then Afghanistan would fight on the side of Pakistan, its enemy, against America its friend.

Are you with us so far? Afghan people are finding this a little confusing, particularly if they live in villages being shelled by Pakistanis.

Most foreign people know that a war between America and Pakistan is highly unlikely, and most know that President Karzai is often a bit stressed-out: after all, his American allies are subsidising his enemies, the Taliban, through Pakistan and their own US contractors. So most people think that Mr. Karazai got a little over-wrought, and over-did it trying to convince Pakistan that he means no harm. However, there is now a distinct possibility that Afghan President Karzai may have to declare war on Afghanistan, his own country, and this would be something of a first.

Few if any countries have formally declared war against themselves. The Bush and Obama administrations, for example, prosecuted undeclared wars against portions of America (i.e., savers, the middle-classes, home-owners, job-seekers, homesick National Guardsmen, civil-libertarians, frequent-fliers, Muslims, hospital patients, anyone under the age of 40 and the Constitution) without going whole hog. It remains uncertain that if America did declare war against itself, would that need Congressional approval or could the President do it by Executive Order.

South America avoided the embarrassment of declaring war on itself by churning caudillos, juntas and leftist strongmen, in what was termed “33-and-a-third revolutions per minute.” Newly-liberated from warlike monarchs, Austria and Germany self-administered the coups-de-grace with Weimar-period inflation that did more damage than World War One. But they did not declare war and form their firing-squads in a circle.

So far, Afghanistan remains unlike either Pakistan or America: it is not at war with itself, possibly because the roads are so congested with corrupt elites hauling money to the airport that there is no room to drive a tank. Also, having survived 30 years of invasion and civil war, they’d like to try out the alternative and chill out.

However, since Pakistan is fighting Pakistan and America, and America is fighting America and Pakistan, and they are chiefly doing it in Afghanistan – if they formalise it with a declaration of war, then the current entanglement of alliances suggest that President Karzai may have to do the noble thing, declare war on his own country and take himself into custody.

Now that wasn’t so hard, was it?