Among the Paynim: Losing the Plot 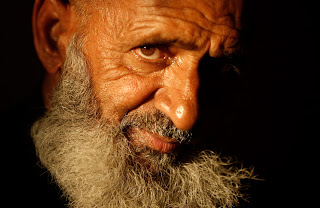 Somewhere, Christopher Dawson observed that often the brightest people have so thoroughly imbued their own culture, its values and priorities, that they cannot comprehend another civilisation. Not only the brightest, I think.

Those of us who spend a lifetime living and working abroad are often mesmerised by how our friends back home, who never travel or who only travel briefly, just don’t get it. Sometimes we don’t get it either.

Back in my temporary office in Hyderabad, I’d switched off my cultural receptors because I was too busy and it just seemed too stupid: now, locked out of an Indian factory with my restive camera-crew, I was paying the price.

I had been busy making notes for the shoot and asking advice from my co-director, Amar Jyoti Mahapatra, when another Indian colleague materialised at my elbow: “if you are going to the ‘wehicle’ factory,” he said, “you should be seeing their anal-valve car.”

I didn’t even ask what it used for fuel. Besides, this vehicle sounded unpleasant, possibly painful, utterly daft and quite unlikely to exist. I said thanks and ignored him.

Now, someone inside the factory gates had mislaid our request, or possible one of my crew had forgotten to send it, and their security-guards would not let us inside. Moreover it was a day’s drive back to Hyderabad. Typical for India, some completely pleasant person turned up out of nowhere, with no apparent purpose in life other than making visitors feel happy and comfortable.

“I will be taking-making you to see their head of security who is a most agreeable fellow to be sure,” promised our heavily-accented saviour. “He is being named Brigadier-retired Anil Valvekar.” It was a name, not a vehicle, and after a quick cup of tea with Brigadier-sahib we were set up to film. Stop listening to local people and opportunities are missed.

Months later in London, I showed the little documentary to an old teacher of mine; a conservative-libertarian wise in all things economic at home or abroad. I thought he might be as impressed as I was with the ultra-modern, glistening, Indian factory, its prosperous workers, and how the trade-unions and management were equally dedicated to manufacturing tough, affordable little trucks ideally suited to India’s bumpy roads.

I especially liked the matronly peasant woman, glowing with pride at how she had been promoted from lowly tea-lady to a higher-status job on the mechanised assembly-line, and how management was teaching her literacy after work: her smile could have lit up a stadium as she spoke of her family impressed that Granny could read. Every time I watch that clip I get a lump in my throat.

But he was aghast: the assembly-line workers were not laden with all the safety equipment worn in the West. I’d have thought that the great achievements might have outweighed the relatively insignificant lack of gloves and goggles. Wrong-o. 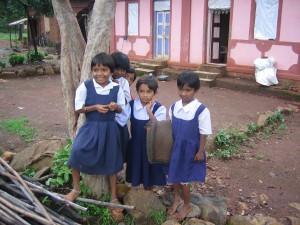 “Funny old world,” I observed to Amar Jyoti back in India. He told me to look quickly out of the car window and describe what I saw. “Rural dirt road, eight pretty little girls in neatly-laundered school uniforms, carrying textbooks,” I replied. “So there is a school nearby, girls attend, and their parents have gone to a lot of effort and expense pressing their crisp uniforms and buying their schoolbooks. Right so far?” I felt like Dr. Watson being quizzed by Holmes.

Amar Jyoti sighed. He had driven some Western embassy lady down the same road a week before, she had seen the same girls and she had burst into tears. Why, I asked.

“No shoes. They’re barefoot,” my friend explained shaking his head. “She sobbed all the way back to Bhubaneswar.”

I replied with a biological epithet and he turned up his nose in agreement. “I went to school barefoot and my family could afford shoes. Maybe theirs can too,” he continued. “Besides, it’s nice to be barefoot in this weather, kids grow out of shoes too fast, and we kept my best shoes for religious festivals or going to see grandma.” We agreed that foreigners miss the forest for the trees.

Matters important to people in rich countries have rendered them quite unable to understand the rest of the world; for things that even their grandparents would have appreciated immediately. For example, that a mediocre job is better than no job; or that schools are more important than shoes, to Indians and young Abe Lincoln alike.

Yet sometimes the cross-cultural shocks lead to an awakening.

Years ago in Pakistan, I befriended a young American misfortunate. From a blue-collar background in the Michigan Rust-Belt, she met and rashly married a Pakistani Muslim at Bob Jones University (go figure). They moved to Pakistan where she learnt that, despite his proud blandishments, he came from a very dodgy family indeed. Imprisoned behind compound walls, she bore him three children until he was found gunshot and dead in the trunk of a car somewhere in the American Mid-West, the victim of a drug-deal gone wrong. His family cast her out but kept the children, whom the mother feared might be killed by their uncles to cut them out of any inherited share of family land. She just wanted her babies back.

The young mother had struggled for more than a year as US Consulate officials worked hard to free her children. However, Pakistani courts grant limited rights to women in general and to non-Muslims in particular. Finally, a kindly Pakistani Muslim judge ruled that she could meet her children in a hotel, effectively to bid them good-bye forever. The judge met her outside the hotel, handed her four tickets to America and had his driver take them to the airport: he had broken the law, and also paid for the tickets himself. She offered to repay him and, of course, he refused.

Before she escaped with her children, she recalled her life back home. “I would actually go to bed crying at night, because I didn’t have the newest kind of washing-machine or teevee,” she told me. “Wasn’t that stupid? Now I have learned the hard-way what really matters.”

The hard way indeed, and what matters indeed.

Stephen Masty (1954-2015) was Senior Contributor to The Imaginative Conservative. He was a journalist, a development expert, and a speechwriter for three US presidents, as well as for British royalty and heads of government in Asia, Africa, and the Caribbean. He spent most of his adulthood working in South Asia, including Afghanistan, and he was a writer, poet and artist in Kathmandu.