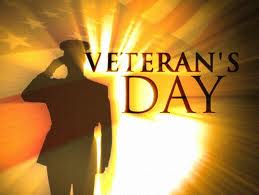 There are a number of reasons why a Veteran’s Day message on the topic of “Unity in Remembrance” is appropriate. As a professor of history at Hillsdale College I teach, in addition to my upper-level courses in military history, the Western and American heritage courses as part of the College’s core curriculum. Over the years, this has instilled in me a much deeper and fuller appreciation of the degree to which our remembered past does, or ought to, inspire and unify us as a people. My main avocation over the last few years has been research into the history of the American Battle Monuments Commission and its important work to keep alive, every day, thoughts of those who fought and died in the defense of our freedom and way of life, especially in the two World Wars of the last century. The recent 9/11 observances, it was stated somewhere, had this same idea, “unity in remembrance,” as their theme—so this year in particular it seems acceptable to appropriate those words to our larger purpose of celebrating Veteran’s Day. Unity, it seems for our nation right now, is a sense that is sorely lacking—and, perhaps that is so precisely because we do not hold to memory as we should.

History reveals a great deal about the vital and unifying role remembrance can play in the life of a people. In the second century B.C., as all students of Hillsdale’s Western Heritage course surely recall, the historian Polybius identified the way in which the Romans conducted the public funerals of great men as one of the keys to the strength of the Roman republic. “By such means,” Polybius wrote, “the glorious memory of brave men is continually renewed; the fame of those who have performed any noble deed is never allowed to die; and the renown of those who have done good service to their country becomes a matter of common knowledge to the multitude, and part of the heritage of posterity.” These words should resonate with any of us who remember, for example, the relatively recent funerals of President Reagan and President Ford, when the ingredients of greatness which both men embodied were called so impressively to mind and when, especially in Reagan’s case, the great divide between liberal and conservative opinion about him while he was alive simply disappeared, as just about every commentator sought to praise him and remember affirmatively all the things he had done. In the lives of both men, it was so easy to see the quintessential ingredients of solid American character on display—strong moral principles, love of country, evenness of temper, self-effacing “aw shucks” charm, and rock solid self-confidence not marred by arrogance. When each of these men left us, the country was reminded of that very high standard for character and public service to which all Americans should aspire—and, we were reminded in a way that brought us together, though all too fleetingly.

Three-hundred years before Polybius, the Athenian statesman Pericles remarked about his own country in the famous “Funeral Oration”: “When you realize her greatness, then reflect that what made her great was men with a spirit of adventure, men who knew their duty, men who were ashamed to fall below a certain standard.” In 1946, less than a year after World War Two ended, when the American people needed to be alerted to the new threat coming from Soviet Russia, Winston Churchill spoke in a manner similar to Pericles to an American audience in Fulton, Missouri: “As you look around you, you feel not only the sense of duty done but also feel anxiety lest you fall below the level of achievement.” The level of achievement, of course, was victory in World War Two. What Churchill wanted Americans also to remember, and muster anew, was the devotion to duty, the unified sense of purpose, the courage, and the resourcefulness that had equipped the generation of that day to attain that victory. These same qualities as a people would indeed see us through to final success in the Cold War as well. If standards today are slipping on so many fronts, perhaps there could be greater unity behind the effort to stem our current decline if we could but remember and give renewed devotion to what saw us through earlier national crises.

Soldiers seem to understand with special clarity what this inherited standard of service and performance is. Several weeks ago, an incoming Hillsdale College freshman was asked by the student newspaper, “Why did you join the Marine Corps?” He replied: “So many veterans have gone before me and I feel like I have such a large debt to them. They went during their time and were the greatest generation. Now it’s my turn to repay them.” A century and a half ago, Union soldier Sullivan Ballou, in trying to explain to his wife why he had decided to join the ranks and put at peril what he knew would be a blissful life with her, recalled “how great a debt we owe to those who went before us through the blood and suffering of the Revolution.” He was willing, he wrote, “perfectly willing, to lay down all my joys in this life. . . to repay that debt.” We are reminded of this important part of our heritage in one of the verses of the hymn that ought to be our national anthem: “Oh beautiful for heroes proved in liberating strife, who more than self their country loved and mercy more than life; America! America! God shed His grace on thee.”

125,000 of America’s dead from the two World Wars are buried abroad in twenty-two cemeteries maintained by the American Battle Monuments Commission. These fallen soldiers from generations past, as do all of our veterans, living and dead, bear witness every day to the standard for devotion to duty, love of country, and willingness to risk all to protect it that has inspired every generation of our people. It may seem counter-intuitive to think of burial grounds as living sites, but that is one thing to be learned from research into our military cemeteries abroad. Years ago, while leading a group of Hillsdale College students on a visit to the Normandy-American Cemetery, the superintendent welcomed us by observing that there were 9,387 soldiers buried on the site, and that they were “still serving their country.” Indeed they are.

The recent 9/11 observances reminded us of many things: that ten years have passed since that awful day; that we have been at war ever since; that more than five million of our countrymen have volunteered for military service in the past decade; that as thousands of workers in the World Trade Center streamed out of the stricken buildings, hundreds of “first responders” were struggling to get into the buildings; that the first costly victory in the war on terror was gained even before the sun went down that September day by an extraordinary collection of ordinary people in the skies over the farmlands of Pennsylvania. There are inspiring, and hopefully unifying standards to be discerned in all of that. It is surely naïve to think that the tug of distant or recent history can eliminate the strong differences of opinion that are so necessary, on the one hand, and so debilitating, on the other hand, to our national life today. We definitely seem to be struggling, and for the most part vainly, to adopt the right solutions to our most challenging and threatening problems. Some have said that the very fabric of our body politic is beginning to tear, and that we are losing our self-confidence as a people. “That Used to Be Us,” worries the title of a recent book inspired by a remark President Obama made a while back. Winston Churchill once said that Americans will always do the right thing, after they have exhausted all the other possibilities. Maybe there’s hope in that. But, we all have work to do—serious work—if we are to redeem the time, as Russell Kirk used to say. A good place to begin that work would be to remember, as one, in the most clear-eyed fashion, the people we used to be, and can still be again.

About the Author: Thomas Connor

Dr. Thomas Conner is William P. Harris Professor of Military History at Hillsdale College. Along with courses in Western Heritage and American Heritage as part of Hillsdale's rigorous core curriculum, Dr. Conner also teaches upper-level courses on European history and the Two World Wars. He is one of the College's longest-serving faculty members, and has several times been named Professor of the Year by the student body. Dr. Conner is currently working on a book about history of the American Battle Monuments Commission.