A Tale of Two Ideologies

Sorry, Mister Dickens, but it is only the worst of times. Or it soon will be if respective European and American ideologies finally reach their reductios and end in grand collapse.

Every culture or country promulgates lies for its own lofty purposes. For a century at least the American South painted a ridiculous picture of the Ante-Bellum period; to generate regional cohesion, to justify failure, and in hope of preserving some attractive agrarian virtues.

Back in various “old countries,” and among their immigrant communities in America, the same can be said about the Irish, Armenians, Greeks and others. Among American Jews, justifiably respected and beloved, some old folks still promote cohesion and the Zionist Dream by insisting that Anti-Semitism lurks always and everywhere in Gentile lands and so only in Israel are Jews truly safe: understandably said after the Holocaust but untrue in America, surely.

The notion that in America success is with anyone’s grasp is another white lie: vagaries of talent and happenstance or Divine Providence are eternal. This falsehood causes much misery among those many individuals who struggle lifelong, fail and blame themselves, but it benefits society overall by exulting effort and expanding the pool of competitors.

These falsehoods, although born of good intentions, sometimes result in hilarious mistakes. Senator Joe Lieberman, running for Vice-President on the Democrat ticket in 2000, declared that ‘only in America’ could a Jew stand for such high office. The world listens to this anti-historical codswallop and scratches its head: it is a traditional American lie stirred throughout the melting-pot to make the country inclusive and to inspire minorities, but it is absurd in its exceptionalism. Excluding Israel of course, since the mid-Nineteenth Century Jews have been presidents, prime ministers or chancellors (sometimes repeatedly) of Honduras, El Salvador, Panama, Guyana, New Zealand, France, Austria, Switzerland, and Great Britain (Benjamin Disraeli’s Jewish parents converted to Anglicanism) and probably more.

No matter how well-intended, these lies are small ideologies or parts of larger nationalist ideologies, but they are ideologies nonetheless. They are at best half-truths, often misapplied, and can crop up when least expected to wreak havoc like a dormant illness. Religion and historical knowledge attempt to redress the balance and apply perspective, but they are increasingly the province of the educated few and are never as popular as the ideologies cloaked as nice little lies.

Ideologies are a triumph of make-believe over reality; of reasoning over experience; and hence the hobo folk-song’s Big Rock-Candy Mountain is ever more appealing than grim fact. A seemingly-helpful, little cultural lie reveals its ideological genome when it stops being a general value or guideline and becomes a sweeping, knee-jerk assumption.

Only when little, national lies erupt into a full-blown crisis do most intelligent people belatedly identify them as having ideological underpinnings. Most of Britain’s economic commentators in public, and most of Europe’s financiers at least in private, now identify hopes for a fully-integrated and politically federalised European Community as an ideology, maybe too late.

Europe’s little lie was a political dream rushed into reality without practical thought. Like all ideologies it looked beautiful on paper.

After the horrors of World War II, the EU was inspired by America and her states, and patterned almost exactly on Woodrow Wilson’s already-failed League of Nations. They tried to wear clothes tailored for another customer, and ignored the small nationalisms that brought down the Habsburg Empire and continue to exist; asserting that these ‘mere’ details would be defeated incrementally. The clumsy idea of many national central banks sharing a single-currency was only a technical foolishness that now brings down the Euro, but it is a symptom and not a cause.

The cause is an ideology, the belief that Roman or medieval European unity can be reconstructed without the necessary ingredients of a common language among the elites (formerly Latin), a common faith or its equivalent, and a common educational grounding once found in classics. The Protestant fragmentation of Christianity, the decline of religion overall, the printing press in vernacular languages and two centuries of nationalism changed the components and a mere common administration was doomed to fail, just as Christopher Dawson points out, Napoleon’s similar experiment at European homogenisation failed.

In 1960, Dawson restored the cultural horse before the European cart, writing: 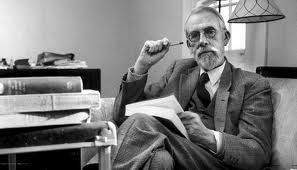 For the last century and more, the whole trend of education and politics and public opinion has tended to develop the consciousness of nationality and to stress the importance of the nation-state, while leaving Europe in the background as a vague abstraction or as nothing more than a geographical expression. The main reason for this is, of course, the cult of nationalism which, owing to its double appeal to political passion and to cultural idealism, exerts an exceptionally strong influence in the popular mind. But behind this there is a further cause which has not perhaps been sufficiently recognized. This is the tradition of education which has provided the framework of Western thought, and in this tradition the conception of Europe has never held a definite place.

Dawson concluded, presciently, “The essential problem is not the political issue of European federation or the practical question of European economic organization. The vital question is how to preserve the spiritual inheritance of Europe and restore a common purpose to Western civilization.” The Pan-European movement’s little lie attracted, as all ideologies do, the chancers and opportunists, the greedy vested interests, the armies of officials, paid enforcers and dreamers who comprise a majority only at the top. Today, continental Europe remains in thrall to ideological elites who keep trying to pump Germany’s still-inadequate resources into irredeemably bankrupt nations, to forestall an inevitable and global, bank-destroying, collapse made only worse by delay.

The ideology must not fail. So do more of the same, promise the Eurocrats, and eventually we can outgrow our economic crisis. Yet Dame Growth does not answer the phone.

European democracies are now being toppled. Faced with more than a year of riots, the embattled Greek Prime Minister had the temerity to propose a plebiscite on draconian cuts versus leaving the Euro and declaring the equivalent of Chapter Eleven. He was forced from office by Eurocrats, bankers and indigenous vested interests, and replaced by an unelected technocrat who falsified the books to get Greece admitted into the Euro in the first place: a shill for the ideological elites.

“In Italy, the European Central Bank has engineered the downfall of Silvio Berlusconi by playing the bond markets…ultimately allowing 10-year yields to spike to 7.45pc to drive him out. Europe’s president Herman Van Rompuy swooped in to Rome to clinch the Putsch. “Italy needs reforms not elections,” he said. We are not that far from use of EU judicial coercion, and then EU police power, and ultimately EU “border troops” – for those old enough to remember Soviet methods of fraternal assistance.”

We are nowhere near there yet, but popular revolt against such anti-democratic suppression may still start civil wars driven by ideological, nationalist opportunists yet unimagined. If so, and it happens before 2018, America may find herself drawn into four European wars in a century: World Wars One and Two, the Cold War and the next, all caused by ideology.

America’s famously-admired ‘can do’ attitude was born in freedom on a continent of largely-unoccupied land. At its Aristotelian Golden Mean it solves problems, accomplishes much and does it better than most other cultures can manage. But when it becomes a reflexive assumption, a thought-free ‘default position,’ it enters the dangerous realm of ideology.

Mr. Newton Leroy Gingrich, a candidate for the Republican presidential nomination, frequently declares that he opposes cuts in government spending, which he says can be financed instead by economic growth. This will be accomplished by America’s ‘can-do’ attitude and by fiat, with the President and/or the Congress removing obstructionist judges and regulators by extra-legal means including a refusal to pay office costs such as electricity bills. He also supports military expansion, torture and the execution of untried American terrorism-suspects all by presidential decree, which becomes palatable to many once that ‘can-do,’ ‘whatever it takes,’ attitude blossoms into full-blown, reflexive ideology. But economic growth from where?

“…over the last nine years, there has been an increase of world debt from $80 trillion to $210 trillion. These numbers are staggering. Global debt over the last nine years has grown at 12% per year, while GDP has grown at 4% per year… when credit must grow by 12% per year in order to produce 4% GDP growth, at some point there will not be enough GDP to supply sufficient credit.”

Good ol’ American determination is not enough, neither is extra-legal strongman tactics to reduce state impediments to growth. Somewhere, someone must buy up new production and that requires savings or credit, both of which are in ever shorter supply worldwide, especially while Western governments eat up more and more capital to pay debt interest, debt principal, and huge current operating costs little-diminished by Potemkin cutbacks. Government, the big dog, eats first.

Mr. Gingrich and the Eurocrats are essentially telling their respective audiences the same thing; the age-old message of bad dentists, “this isn’t going to hurt a bit.” Europe suffers under an ideology held only by their elites; America by a widespread and popular ideology being manipulated for political gain. Whether European unity or American triumphalism, both promote an unsustainable status quo based on illusory promises of growth when customers grow fewer.

The European publics aren’t buying it because their problems are apparent and immediate; only their ideological elites and fat-cats on the gravy-train stay the course. The bigger US economy has yet to feel fuller effects of the same inevitable credit crunch, and so the American version remains popular.

Unable so far to curtail their ideological elites, Europeans may see more political instability follow their mounting economic instability. If Americans rely on default ideology and elect Mr. Gingrich, they can depend on him keeping his pledge of autocratic rule, but not delivering the impossible economic growth that he promises. Hail, Caesar!

“And then, Stanley,” says Oliver, “another fine mess we’ll be in.”