Power Under the Constitution will Always be in the People 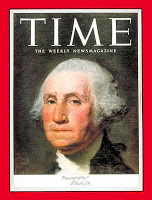 The power under the Constitution will always be in the People. It is entrusted for certain defined purposes, and for a certain limited period, to representatives of their own chusing; and whenever it is executed contrary to their Interest, or not agreeable to their wishes, their Servants can, and undoubtedly will be, recalled. — to Bushrod Washington, 9 November 1787

Books on the American Founding are available in The Imaginative Conservative Bookstore.

About the Author: George Washington

George Washington (1732-1799) was the Commander-in-Chief of the Continental Army during the American Revolutionary War, the president of the Constitutional Convention that met in Philadelphia, and the first President of the United States. He has been called the "indispensable man" of the American founding and since his day has been lovingly called "The Father of His Country."