Gamesmanship for a New Dark Age?

There is probably a board-game (and some of you may identify one) in which opponents are given different capabilities and limitations.

Unlike chess, where opponents have identical numbers of pieces that are the same for each side and are played to one common set of rules, there may be a game in which, say, one team’s game-pieces march forward like pawns while the other team’s jump like knights. Or have similar differences.

This would be realistic because life’s game-board is rarely level, and oftentimes competing sides each have different tactical advantages and liabilities. This is obvious in warfare and in war-gaming; Hitler has the tanks while Stalin has the Russian winter to slow invasions.

In real life, one political game is played simultaneously to different competing strategies; and in Western democracies, conservatives and their Progressive opponents have very different tactical strengths and weaknesses.

Real conservatives, I am half-tempted to believe, have been suckered, or we have painted ourselves into a corner in which our broader team’s most every effort tends to weaken our position; a circumstance in which each victory takes us backward.

The more that we focus our broader political efforts on strengthening the economy and we succeed, the more that we may feed the materialism that serves to increase self-obsession, enhances social dislocation and builds a country in which every self-satisfied individual sees no reason to improve his already “perfect self” through morality, tradition, humane learning and faith.

The more that economic conservatism frees people from economic constraints by enriching them and giving them more choice, unless they were well-educated beforehand, the more eagerly they may ignore every value-system apart from their own appetites, in a market system that thrives upon expanding appetite.

The faster and stronger that a modern economy grows, and the more that people relocate to chase job opportunities, the more that communities fragment and so decline the mechanisms by which a culture disseminates and maintains a body of shared values.

One only need look to formerly Catholic Ireland, Italy and Spain today, where economic prosperity has grown enormously over fifty years while traditional, Western, moral behavioural patterns have diminished proportionally by virtually all social yardsticks. It is not to endorse poverty, but where in the face of modern levels of prosperity has Western civilisation strengthened?

Yet, material satisfaction (however illusory) is that for which the public votes; James Carville was correct in 1992 when he said it’s “the economy, stupid.” It almost always is. Polls prove that very few Americans vote primarily for other issues, on the Right or the Left, when they perceive their wallets to be imperilled. Yet for real cultural conservatives, these very vote-winning economic policies may weaken the conditions needed to strengthen moral and cultural renewal, while ambitious young conservatives defect to the popular issues and politically successful policies of more materialism.

Lenin would laugh, of course, and repeat that if given enough rope the capitalists will hang themselves. And so it seems that true conservatives are forced to march behind their materialistic, economically-driven cohorts, who ignore cultural matters and thus carry the herd further and further away from a late-lamented, promised land of Eliot’s “Permanent Things.”

The rather more conservative-sounding candidates, who sometimes plump for cultural or moral renewal in primaries, lose early to their materialistic competitors and perhaps it does not matter. They only talk, and occasionally at that, of rolling back the Progressive assault on the moral minority who comprise their core supporters, not of a Western cultural reconquista. This is not so much a strategy for victory as a stalling action, with their cheerleaders shouting no more than “block that kick!” 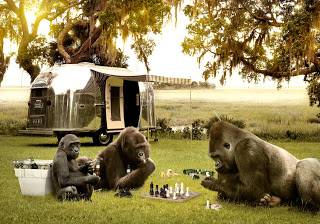 The Left faces a different structural problem, in that their politico-economic policy is a Bernie Madoff Ponzi Scheme, where they create and buy off more and more special interest groups while taking money from the whole. Eventually, when everyone is a recipient “special case” and the system pays out more than it takes in, then the scam collapses. This describes long-profligate Europe today and maybe America tomorrow.

But the Left’s own tactical structure may contain two advantages over the conservative dilemma. First is a classic issue of the Public Choice School called the Tragedy of the Commons, which Dr. Walter Williams well-describes here.

To summarise, when many cattlemen overgraze a common pasture, it behoves none of them to shrink the size of their herd when none of the others will do the same, even to preserve the environment needed by each and all to sustain business. Do the noble thing and other herds will grow, and gobble it all until the prairie is destroyed. Dr. Williams compares this to Congressional spending, where a prudent lawmaker may turn down a pork-barrel project for his district, while his colleagues will just spend that money elsewhere and the overall budget never shrinks. So government grows ever bigger.

Second, in the time before the Progressive shell-game bottoms out, a majority feeds from the state, communities have been fragmented and atomised until all common functions rely chiefly or only upon the state, and society’s traditional social glue has been corrupted or dissolved by subsidy, regulation, a culture of entitlement and a state-financed Fifth Column of politically-correct social conditioning. This process is well advanced in America.

When the game collapses, then majorities may be poor and angry, or even sadder but wiser, yet there will remain neither a viable social nor economic alternative to a socialist dystopia, whether it is Orwell’s, Huxley’s or something worse.

This seems to give the Left a tactical advantage, over which time weakens their enemies faster than it dissipates their economic and electoral strength. Victory goes to the last team standing.

Conservative or libertarian optimists, such as my friend Grover Norquist, maintain that our views are moulded by our circumstances, obligations and opportunities. Reductions in American agricultural subsidies diminished farmers’ reliance upon the state, he explains, stopped them from behaving as mere recipients of government largesse, and started them thinking and voting as the small-businessmen which they had become.

Similarly in 1980s Britain, Margaret Thatcher began to sell-off loss-making subsidised housing to the poor at prices below market value, giving them capital that they never had before. Socialist-dominated town councils dragged their heels of course, so waiting lists were required and a surprising thing occurred. Council-house residents, who had ignored the broken window or the junk-cluttered front garden because it was “the Council’s job” to fix them, were now guaranteed to become homeowners in the future, so even before the transfer of ownership took effect they began to tidy up and pay for their own repairs. They began to behave and vote as the property-owners that they would one day become, and they began to vote for the Conservative Party for the first time. Alas, there exist no social metrics on whether their moral and cultural attitudes and behaviour shifted as well.

If Grover is correct, then economic reforms roll back the state, roll back a culture of dependency and more people grow more likely to become conservative in other, non-economic ways. I am unsure. To me, strengthened individualism and increased wealth need not enhance traditional values, moral behaviour, or build understanding of Western culture and history.

Of course, once people can think and act independently, and they are no longer wards of the state, they are freed from enforced Progressive propaganda and can educate their children privately, or at home, and do it better. So, moral education and cultural renewal become more possible, but hardly guaranteed.

Freedom, and increased self-reliance, may bring moral and cultural improvements but they may just enable appetite; more people may just run up more credit-card debt. Dr. Bill Cosby said “they say that taking cocaine enhances your personality, but what if you’re an a–hole to begin with?”

I suspect that morally strong, prudent and culturally informed families, and individuals, may be more safely assumed to do better through both economic strength and privation. Meanwhile, among the morally and culturally unarmed, wealth or hardship may be met with advancement or decline in equal measure or worse. Yet in an almost equally polarised political arena, perhaps just a few human success-stories tip the electoral balance favourably, while shrinking the state neutralises some of their former recipients and advocates. I do not know.

I am rather more certain that traditional Western values are by no means a default-position, abroad or in America where the former cultural consensus is neither as assured as it was, nor as strong as American conservatives insist that it still is.

A primary focus on economics, yielding material gains and electoral victory, however, earns a truly conservative mission only a chance in power to do necessary non-materialist or even anti-materialist things in order to reverse Western cultural decline. So, I wonder how strong and numerous are America’s imaginative conservatives compared to our materialist or power-focused allies, and what plans they might have, if any.

We have always been better at diagnostics than prescription, apart from the most general directions that border on blandishments. Our practical policies are few and presume that a traditionalist majority sits there itching to be freed from the heavy hand of the state, and when that happy day arrives then Western cultural re-ascendance will begin. I am not so sure.

A core, unanswered question is how virtuous remains the Republic. We conservatives tell ourselves that true values remain strong but repressed; yet most every extended, American family probably takes more out of Social Security and Medicare than it contributes; about half are wholly or substantially reliant on state-funded jobs; vast sectors from education to defence to security are wholly within the public sector or contracted to the same, while health-care is increasingly entangled with government; and many so-called private industries rely (or think that they rely) upon regulation, protectionism and government spending to secure their profitability. Who is not nose-deep in the trough?

Socialism is habit-forming. As M. Stanton Evans said of people who abandon principle when they get to Washington, “pretty soon what they said was a septic-tank feels more like a hot-tub.”

Are those voters, who call for smaller budgets and shrinking the state, willing to suffer state-benefit reductions themselves or is this virtue only meant for someone else? Even if the inmates resent their zookeepers, who will voluntarily leave the cage and forsake the guarantee of a daily handout? If they choose escape, will they educate their children properly or just to get the most lucrative job they can? One may be less cynical than I and still harbour doubts.

Back to gamesmanship. If our victories only shore up our minority conservative communities, we merely buy time and play a losing strategy; but Dr. Kirk said that in an epoch of cultural decline, working locally may be all that we can hope to do.

Our answers to these questions may tell us where our allotted time is best spent.