Salad Days of the Public Sector Are Over 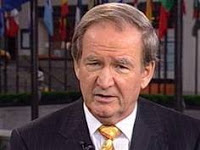 Harrisburg and Scranton, Pa., and Jefferson County, Ala., home to Birmingham, are already there to welcome them.

Detroit has been taken into receivership by Michigan. A plan under discussion is to level a fourth of the city and reconvert it into the pasture and farmland it used to be a century ago.

On the Web, one may find a pictorial tale of two cities: Hiroshima, a smoking flattened ruin in 1945, now a beautiful gleaming metropolis. And Detroit, forge and furnace of democracy in 1945, today resembling Dresden after Bomber Command paid its visit.

Other American cities are exploring bankruptcy to escape from under the mountain of debt they have amassed or to get out of contracts that an earlier generation of politicians negotiated.

No longer shameful, public bankruptcy is now seen as an option for U.S. cities. The crisis of the public sector has come to River City.

What happened to us?

In the Reagan-Clinton prosperity, officials earned popularity by making commitments that could be met only if the good times lasted forever. They added new beneficiaries to old programs and launched new ones. They hired more bureaucrats, aides, teachers, firemen, cops.

Government’s share of the labor force soared to 22.5 million. This is almost three times the number in the public sector when JFK took the oath of office. These employees were guaranteed job security and high salaries, given subsidized health care, and promised early retirement and pensions that the private sector could not match.

The balance between the private and public sectors shifted. As a share of the U.S. population, the number of taxpayers fell, as tax consumers–the beneficiaries of government programs and government employees who run those programs–rose.

The top 1 percent now pays 40 percent of the income tax. The top 10 percent pays 70 percent. The bottom half, scores of millions of workers, pay nothing. They ride free.

This could not go on forever. And when something cannot go on forever it will, by Stein’s Law, stop. The Great Recession brought it to a stop. We have come to the end of the line.

Revenues down, cities and counties face a choice. Raise taxes, or cut payrolls and services. But if taxes rise or workers are laid off and services decline, Americans in our mobile society move across city and state lines, as they are moving from California to Colorado, Nevada and Arizona.

This does not end the crisis, it exacerbates it.

Bankruptcy not only offers cities relief from paying interest to bondholders, it enables mayors to break contracts with public service unions. Since the recession began, 650,000 government workers, almost all city, county or state employees, have lost their jobs. Millions have seen pay and benefits cut.

The salad days of the public sector are over. From San Joaquin Valley to Spain, its numbers have begun to shrink and its benefits to be cut.

A declaration of bankruptcy by a few cities, however, has an impact upon all–for it usually involves a default on debts. This terrifies investors, who then demand a higher rate of interest for the increased risk they take when they buy the new municipal bonds that fund the educational and infrastructure projects of the solvent cities.

Cities and counties have no way out of the vicious cycle. Rising deficits and debts force new tax hikes and new cuts in schools, cops and firemen. Residents see the town going down, and pack and leave.

This further reduces the tax base and further enlarges the deficit.

Then the process begins anew.

This is what is happening in Spain and Greece, which have reached the early 1930s stage of rioting and the rise of radical parties.

Obama gave us an $800 billion stimulus and four deficits totaling $5 trillion. The Fed tripled the money supply and put interest rates at near zero. The banks are flush with cash. But the engine will not turn over.

What about supply-side tax cuts? But with the Bush tax cuts still in place, taxes are generating the smallest share of gross domestic product in decades.

How much bigger a deficit should we run?

Liberal economists are saying, deficits be damned, print money and spend. With Republicans blocking tax hikes and Democrats resisting cuts in Medicare, Medicaid and Social Security, all eyes turn to the Fed.

As Milton Friedman said, “Inflation is the one form of taxation that can be imposed without legislation.”

Books related to the topic of this article may be found in The Imaginative Conservative Bookstore.

Appears here by the gracious permission of the author. Copyright 2012, Creators.com.

About the Author: Patrick J. Buchanan

Pat Buchanan is a political commentator, syndicated columnist, politician, and broadcaster. He is the author of many books, including The Death of the West: How Dying Populations and Immigrant Invasions Imperil Our Country and Civilization. Mr. Buchanan ran for the Republican presidential nomination in 1992.