How the GOP swallowed the Conservative Movement 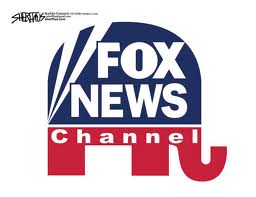 One might think that I’m being sarcastic but I’m only trying to illustrate my contention that the term conservatism has become so free-floating that it means whatever journalists and politicians want it to mean. “Conservative,” as it is now being used to describe Republican ward-heelers and neo-Wilsonian social democrats, is an arbitrary designation. Equally ridiculous is the attempt to describe as conservative someone who opposes the institutionalization of sodomy or who recoils at the idea of having someone marry his Great Dane.

Political personalities receive rightwing accreditation by being associated with a party that is thought to be further to the right than the Democrats. Although that linkage may please media types, it has only a very limited historic basis. The persistence of this association allows Republicans to sound and act like Democrats without losing their assigned right-of-center location. For example, Republican presidential candidate Rick Perry favors giving the children of illegal residents the advantage of instate tuition to attend Texas state universities. Despite his embrace of this now established leftist position, Perry is certainly not being scolded by FOX for taking it. His position becomes toxic for the Murdoch-media Empire, and commendable for the rival media complex, only when a Democrat takes the same stand. Moreover, it was not Obama but Bush who in July 2003 went to West Africa and apologized before some local tyrant for the practice of slavery in this country. Yet it is not he but Obama and the Democrats who get attacked or defended for speaking deferentially to the leaders of non-Western countries.

I recently heard from a neighbor that, unlike Obama, Bush was “tough” on illegal immigrants. When I asked my obviously Republican neighbor why she believes this to be the case, she explained that it was natural that Bush should be “tough” on illegal immigration. After all, he’s a Republican and Republican means conservative. Apparently by registering with the Republican Party, one acquires a certain perhaps irreversible conservative grace. One can then exhibit one’s grace by putting Republican bumper stickers on to one’s Republican car and by listening to authorized GOP loudmouths. I’m not sure what any of this has to do with traditional hierarchies, an agrarian culture or whatever in the past people like me, who are European social historians, understood to be conservatism. But I suppose this stuff fills someone’s leisure time or golden years and supplies respectable labels to those who might otherwise be considered shock-jocks or placeholders.

In the past I’ve hammered the neoconservatives for denaturing the American conservative movement by pushing it leftward. After reflecting on the ease with which this was done, it is hard to pretend that too many innocents were led down the primrose path. I’ve now come to realize that there were exceedingly few “conservatives” who held out against the takeover, and even if the neoconservatives never imposed their will, the movement would have drifted in any case in the direction in which it went, toward becoming a GOP accessory. Contrary to what I hear from the liberal press, it was not the Republican Party that swallowed the Right but exactly the opposite that occurred. The conservative movement went into the business of working for the GOP and decorating its politics with slogans.

This happened because there was not much “conservatism” in the movement to begin with, outside of small circles of Southern agrarians, rightwing Catholics, and traditional humanists. And even in these cases we are dealing not with European restorationist or antebellum Southern politics but with an aesthetic and cultural force. Those who have been associated with this body of dissenters deserve our praise for their battle against progressivist illusions—waged largely in isolation. But this isolation witnesses to the fact that even what is called “cultural conservatism” (and which unfortunately confuses humanistic culture with a now archaic social-political movement) does not have much resonance in our larger conservative movement. “Cultural conservatives,” to the extent they exist, have a long row to hoe; and it is unlikely that their fate will improve in the foreseeable future.

For the record, I do not vote for “conservatives” in elections but for latter-day disciples of eighteenth century radicals, who call themselves libertarians. I support such candidates defensively, because they offer an alternative to the two parasitic major parties. If the libertarians can push back the scope and social control of the welfare state at the federal and state levels, I’m on their side, no matter how silly I find their individualist posturing and views on the family. Give or take a few Tea Party governors, neither of the two national nuisances seems likely to roll back anything, although the Republicans are likely to make themselves even more obnoxious than the Democrats by launching expensive wars to spread “democratic values” and human rights. Both of our parties are committed at the end of the day to an entrenched public administration, as a source of patronage, and to the accommodation in varying degrees of anti-racists, feminists, and gay rights advocates. The fact that the GOP receives less credit for these positions does not make their dedication to them any less real.

No doubt Ann Coulter and Sean Hannity could make our parties appear more distinct than they are, by classifying Democrats as baby-killing atheists and Republicans as pious patriots. But this is merely partisan noise designed to mask certain disturbing facts. Republican politicians add to their support of expanding big government and their abject but largely ineffective appeals to minority interests the further unpleasantness of lying about their politics. Once the Democrats do something that the Republicans take over, such as Medicare or offering in-state tuition to illegal residents, that policy becomes “conservative” and finally set in stone.

Oh yes I know the “people,” or whoever makes up the electorate at this moment, crave more social programs, stronger anti-discrimination laws and other goodies from the state. But that is precisely why the liberal constitutionalists who founded this country wanted limited government and dual sovereignty and balked at too much immigration and at the abomination of national parties. They wanted restraints on what politicians would be able to do to satisfy popular appetites, especially those ravenous hungers that politicians incite to advance their careers. Although these founders could not possibly have foreseen the degree of our social decadence, they knew that there were preconditions without which their republicanism wouldn’t work. Our present regime (for those who measure the merits of a government by this numerical, “diversitarian” standard) is electorally more inclusive than it used to be; and both parties predictably praise our improved pluralistic democracy. Why this feature makes the entity in question “conservative” may seem difficult to explain. But it really isn’t. “Conservative” means what the GOP media and their colleagues in the other party decide it should mean. These celebrities, after all, determine political reality, no matter how at odds it is with anything that may historically have been known under the same name.

Books mentioned in this essay may be found in The Imaginative Conservative Bookstore. Republished with the gracious permission of the University Bookman.

About the Author: Paul Gottfried

Paul Gottfried was the Raffensberger Professor of Humanities at Elizabethtown College. He is the author of many books, including Leo Strauss and the Conservative Movement in America and Conservatism in America: Making Sense of the American Right.