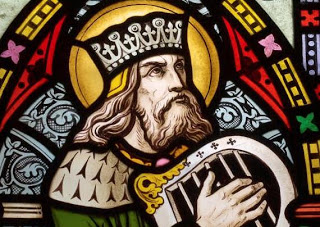 I’ve tried to give a decent sampling here. I’ve got a biblical text, two theological texts, one philosophical, two novels, two plays, and two poems. These are not the 10 best works I’ve read (though some of them belong in that category) but give us an unvarnished glimpse of the human condition. I have a taste for the tragic, and that will no doubt be reflected here—though I can’t imagine one can get any more hopeful than On the Incarnation. I wish I could offer something more noble and virtuous than these, but, if I may steal from Walt Whitman (and oh-so slyly sneak him in here—sorry, Brad), I am “Stuff’d with the stuff that is coarse and stuff’d with the stuff that is fine.” So here are 10 books in somewhat of an order (simply because I cannot do things without a schema of some sort).

The David Story (1 and 2 Samuel + 1Kings 1-2); Robert Alter’s translation is a must.
This one must be read slowly, and I would urge that upon reading it again one set aside the historical narrative for a moment. Enjoy the poetic and narrative sophistication of this story. Read it this time as a story of failed fathers, dismal sons, the human need for love and redemption, and the inevitable clash of political wisdom and/or expediency versus the ineradicable love of the human person (I’m thinking of Absalom’s betrayal and David’s political paralysis).

Saint Athanasius, On the Incarnation

Saint Dionysus, The Divine Names
My attempt to pair two of the finest, most succinct, most articulate, and most accessible expressions of cataphatic and apophatic theologies.

Martin Buber, I and Thou
Not without its flaws philosophically, nevertheless, this book is deeply moral, ethical, and above all poetic. I and Thou remains profoundly humane at its very core and, quite simply, makes me happy every time I read it. Is it downright silly in places? Yes. Thank God.

Cervantes, Don Quixote
The only thing I can offer is a warning and a piece of advice: 1) do not be tempted to accept at face value and to appropriate every romantic, chivalric gesture in this book; 2) take Quixote’s conversion at the end seriously.

Dostoevsky, The Idiot
This may be the saddest, most tragic novel ever written. I have always understood this book to be a contemplation of what happens when the beautifully childlike (though not wholly innocent) encounters the truly ugly and destructive. Try as I might, I cannot reform my love and admiration for Myshkin. “Krasota spasyot mir.”

Shakespeare, King Lear
This play may be the most perfect thing ever written.

O’Neil, Long Day’s Journey Into Night
I include this on this list because of the sincere sadness that permeates the entire play. There is great hope throughout, but doom lingers. It is O’Neil’s most personal play, published and performed, by his own request, only after his death. I’m constantly amazed at the love and tenderness alive in this family even though the family is wrecked. I really can’t think of a better definition of hell than this play.

“The Wanderer” (Old English elegy)
If English is your mother tongue, then you should work through this poem in its original Old English. The alliterative half-lines simultaneously sing the despairing song of exile and the hopeful song of human and Divine communion. One realizes that with the Anglo-Saxons to be a human person is to be in a relationship.

Pearl (14th-century English poem)
The most exquisite poem written in the English language. I think that’s a fact. I really can’t do this poem any justice at all. It’s got everything that keeps humans up at night—the death of one’s child, grace versus works, eschatology, Incarnational aesthetics. And the poetry (alliterative 14th-century Middle English) is beyond compare.

Dr. Justin Jackson is a father, husband, and professor (Hillsdale College).  His children and wife, however, love him more than do his students; family members and students, however, respect him equally.  He wears the best unkempt beard on campus, and I [Brad] never can help but smile when I see him and get the chance to talk with him. As one can readily tell from his commentary, he’s as delightful and witty as the authors he loves.