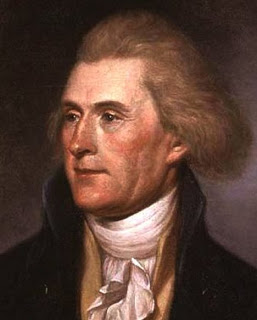 ‎”We are ruined, Sir, if we do not over rule the principles that ‘the more we owe, the more prosperous we shall be,’ ‘that a public debt furnishes the means of enterprise,” that if ours should be once paid off, we should incur another by any means however extravagant.”– to James Monroe, 1791

For more on the American Founding visit The Imaginative Conservative Bookstore.

About the Author: Thomas Jefferson

Thomas Jefferson (April 13, 1743 – July 4, 1826) was the author of the Declaration of American Independence, of the Statute of Virginia for religious freedom, & Father of the University of Virginia, and the third President of the United States.