Secularism and the Post-Christian Epoch 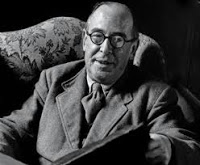 C.S Lewis on Secularism and the real divide of the Old West from the New,

It is hard to have patience with those Jeremiahs, in Press or pulpit, who warns us that we are “relapsing into Paganism.” It might be rather fun if we were.  It would be pleasant to see some future Prime Minister trying to kill a large and lively milk-white bull in Westminster Hall.  But we shan’t.  What lurks behind such idle prophecies, if they are anything but careless language, is the false idea that the historical process allows mere reversal; that Europe can come out of Christianity ‘by the same door as in she went’ and find herself back where she was.  It is not what happens.A post-Christian man is not a Pagan; you might as well think that a married woman recovers her virginity by divorce.  The post-Christian is cut off from the Christian past and therefore doubly from the Pagan past. . . . Lastly, I play my trump card.  Between Jane Austen and us, but not between her and Shakespeare, Chaucer, Alfred, Virgil, Homer, or the Pharaohs, comes the birth of the machines.  This lifts us at once into a region of change far above all that we have hitherto considered.  For this is parallel to the great changes by which we divide epochs of pre-history.  This is on a level with the change from stone to bronze, or from a pastoral to an agricultural economy.  It alters Man’s place in nature.– 1955.

For books by C.S Lewis visit The Imaginative Conservative Bookstore.

About the Author: C.S. Lewis

C. S. Lewis (1898–1963) was a British novelist, poet, academic, medievalist, literary critic, essayist, lay theologian, broadcaster, lecturer, and Christian apologist. He held academic positions at both Oxford University (Magdalen College, 1925–1954) and Cambridge University (Magdalene College, 1954–1963). He is best known for his works of fiction, especially The Screwtape Letters, The Chronicles of Narnia, and The Space Trilogy, and for his non-fiction Christian apologetics, such as Mere Christianity, Miracles, and The Problem of Pain.