Is Totalitarian Liberalism A Mutant Form of Christianity? 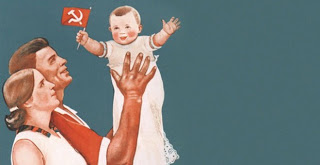 When the Obama Administration began its Kulturkampf against American Catholics my husband suggested to me that if the Church is forced to pay for its employees’ contraceptives then there should be an option clause for practicing Catholics. An equivalent amount of the Church’s money spent on other people’s recreational sex should be given to faithful Catholics to cover whatever they do for recreation—for example, golf, tennis, fishing, or weekends at the beach house with hot rock massages.

In a post-Christian world gods don’t disappear. Christ is simply replaced by the apparatus of the nation-state. Political leaders assume to themselves the powers and prerogatives formerly associated with deities, above all, powers over life and death and reproduction.

The very same politicians who feign moral outrage over the Church’s moral advice to Catholic couples use coercive state power to venture further into bedrooms than any encyclical. If a woman chooses to use the pill in defiance of three popes who have said it’s morally wrong, then it is still her choice. The worst outcome for her is that she is left with an uneasy conscience. She won’t be sent to prison, she won’t be named in public and she won’t be forced to pay higher taxation. But if a woman happens to be Chinese and conceives a second child and is marched off to an abortion clinic then that is not her choice. That is state generated oppression. 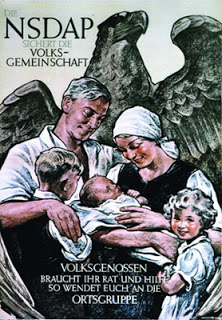 The attempt to use the powers of the state to control human reproduction did not begin with Barack Obama and his friends at the Planned Parenthood Federation. It goes at least as far back as Joseph Stalin and his Bolshevik comrades who wanted more Soviet babies for more Soviet cannon fodder, and like a lot of Soviet practices it had an analogue in the Nazi regime. In 1936 Heinrich Himmler set up a network of copulation camps to make genetically sound women available for fertilization by SS alpha males.

Just last week the Singapore government decided to embark on a baby boom program. This followed a scary report in which Singapore came in last on a fertility table listing 103 nations. Singapore showed a fertility rate of 0.78. The response of the government was to engage the mint sweets company Mentos to sponsor a “National Night” commercial to persuade Singaporeans to conceive. On August 9, (the Singaporean national day) Singaporeans were exhorted to “manufacture life” and “make the birth-rate spike.” The three minute hip-hop commercial included the phrase: “Just don’t wake the kids: cos they’ll be appalled by the stuff we gon’ do up in that bedroom.” The commercial addressed its human subjects as though they were rutting reindeers.

When a culture ceases to be Christian, human dignity becomes an alien concept. We no longer “make love” and “have a family,” we do “appalling stuff,” we “manufacture life.”

Meanwhile, across the globe, social engineers have decided that the next great human problem to be addressed is circumcision. Everywhere from Germany to the tiny “Apple Island” of Tasmania politicians are either banning the practice of male circumcision or promoting legislation to do so. 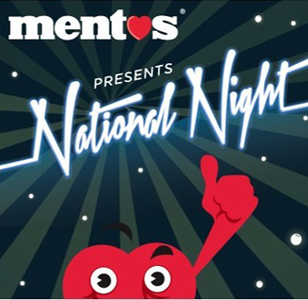 I can remember asking my grandmother about this tradition when I was a child. I thought it was painful for baby boys and wondered why people did it. My grandmother’s reply was that it makes a lot of sense in hot climates. It’s much easier to be circumcised as a baby then to have more radical surgery later on if the boy keeps getting infections. As far as she was concerned it was not a theological issue, just a common sense practice in places like outback Australia and the Middle East—places that can be hot, humid and sandy. For Jews and Muslims however it is also a religious rite.

As one trawls through the news reports one can easily find examples of politicians playing god and trying to solve the problems generated by the human exercise of free will by fettering its exercise. They are aided and abetted by teams of social engineers employed by their various departments. The people who pay for these public servants are mostly the professional members of the middle class who are unable to hide their income and thus supply the lion’s share of national budgets. They end up paying the wages of the very people who are trying to control the most intimate aspects of their lives.

One can of course spend hours debating the legitimate limits of human freedom—where it begins and ends—with reference to the fact that we are social beings, that we live in communities, that no man is an island. However, wherever the lines are drawn, it should be far from the sphere of marital intimacy and the state regulation of religious practices.

One of the deeper theological issues raised by politicians who behave like gods is what is their motivation? Why do so many spend their energy promoting a culture of death?

Perhaps once we achieve the Nietzschean paradise of life beyond good and evil we acquire new spiritual pathologies? There is an inverted association of eros with death, the attractive with the vulgar.

How do we deal with this?

First, I think we must recognize that the liberal tradition can take a totalitarian form. (Alasdair MacIntyre and Stanley Hauerwas have been making this point for some time). Second, when it does, it usually tries to offer us a state apparatus as our new savior—our replacement for Christ. (William T. Cavanaugh has done some excellent historical research on this point). And third, an anti-Christ never arises without him and his culture being parasitic on the Christian tradition. (Cardinal Scola has emphasized this). Mutant forms of Christianity are always our worst enemy!

Perhaps the policies of the Obama regime represent the logical outgrowth of a mutant form of Christianity where Christ is replaced first by “Christian values,” then “Christian values” are replaced by concepts like justice and freedom and equality decoupled from any connection to Christ, Christian culture or even Stoic natural law; and then finally these secularized concepts are re-coupled to the will to power of politicians and social engineers.

As David Bentley Hart has noted, when people reject Christ they have a tendency to reject everything that Christian civilization ever baptized of pre-Christian civilization. All the treasures of ancient Rome, Athens, and Jerusalem get thrown overboard in the manic attempt to snuff out the last trace of the Lamb of God in human culture. At present this seems to include the notion that human dignity is linked to the capacity for love and freedom and rationality.

Above all our new political saviors want to liberate us from the idea that we have been made in the image of God. They do this at the same time as giving themselves god-like powers. If we start to believe that we really are just rutting animals this will give them even more power. The Nietzschean nightmare will be complete—there will be one great herd of animals and a few Übermenschen to govern them, direct their wills, determine when they will reproduce, and how often, and an intermediate class of social engineers running the Health and Education departments, policing reproductive information and the compulsory national curriculum. And this would be different from Fascism how?

Books on liberalism and Christianity may be found in The Imaginative Conservative Bookstore. This article originally appeared in Crisis Magazine and is republished here by permission.

About the Author: Tracey Rowland

Professor Tracey Rowland is John Paul II Chair of Theology at the University of Notre Dame (Australia). She earned her doctorate in philosophy from Cambridge University and her Licentiate in Sacred Theology from the Pontifical Lateran University in Rome. She is the author of Culture and the Thomist Tradition after Vatican II, Ratzinger's Faith: The Theology of Pope Benedict XVI, and Benedict XVI: A Guide for the Perplexed.