Malcolm Muggeridge on Happiness and Despair 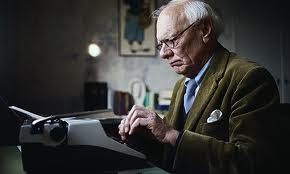 As the astronauts soar into the vast eternities of space, on earth the garbage piles higher; as the groves of academe extend their domain, their alumni’s arms reach lower; as the phallic cult spreads, so does impotence. In great wealth, great poverty; in health, sickness; in numbers, deception. Gorging, left hungry; sedated, left restless; telling all, hiding all; in flesh united, forever separate. So we press on through the valley of abundance that leads to the wasteland of satiety, passing through the gardens of fantasy; seeking happiness ever more ardently, and finding despair ever more surely.

We hope you will join us in The Imaginative Conservative community. The Imaginative Conservative is an online journal for those who seek the True, the Good, and the Beautiful. We address culture, liberal learning, politics, political economy, literature, the arts and the American Republic in the tradition of Russell Kirk, T.S. Eliot, Edmund Burke, Irving Babbitt, Paul Elmer More, Wilhelm Roepke, Robert Nisbet, M.E. Bradford, Eric Voegelin, Christopher Dawson, and other leaders of Imaginative Conservatism (Visit our Bookstore for to find books by/about these men).

About the Author: Malcolm Muggeridge