Bullfighting, Death in the Afternoon or Just More Bull?

After 900 years by their own records and likely longer, Cataluña has held its last bullfight, or has it?

By a vote of only 68 to 55 last July, their regional parliament banned bullfighting from the start of 2012 but the supposed final match came this September with the end of the 2011 season. At face value it is a dramatic change for the proud and nationalistic Catalan people, in their designated ‘nation’ comprised of four Northern Spanish provinces once ruled by Romans, Visigoths and Muslims.

Goya and Picasso painted it; Bizet set his opera, ‘Carmen,’ in a corrida or bullfighting stadium; Hemingway called it “a glorious display of courage;” and Orson Welles was so consumed by the spectacle that his ashes lay spread over a fighting-bull ranch in Andalucía. It remains maybe the most iconic image of Spain, despite how modern, educated, industrialised and trendy Spain is today. 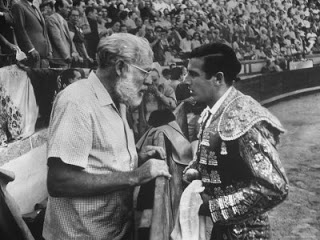 Britain’s best critic and biographer, Roger Lewis, explains in The Times, “Hemingway first went to the bullfight expecting to be ‘horrified and perhaps sickened’ by the ‘stupid brutal business’—but he found himself transfixed. He was able to see that the primitive and passionate ritual isn’t about the bull but about the man facing it, who is seeing and learning to appreciate genuine danger. The bullfight is about mastering fear.”

The bullfighter has 15 bottom-clenching minutes in which to dispatch a specially-bred, half-ton, monster bull which is otherwise retired to a lifetime of grazing and frequent procreation. So if you are a bull and do not end the match as cheeseburgers, life is pretty cushy before and after. If you do get slain and animals get an afterlife, try complaining to the battery-chickens and veal-calves. Nevertheless, animal-rights activists in Cataluña and across Europe have hailed the ban as a victory against a cruel sport, if sport it is.

Dr. Lewis insists “it has nothing to do with sport. It is an ancient ceremony, re-enacting the bloodletting and death of an innocent victim…(an) analogy is with the savagery of what happens to Christ. It is a sort of primeval Mass.I am not being facetious. In Seville, Holy Week is celebrated with the first bullfights of the season. During the night there is a procession of black-cowled penitents. An effigy of the Virgin of Macarena, to whom the matadors pray and then decorate with jewels, is carried though the streets. It is all very devout—simultaneously Catholic and yet disconcertingly pagan.”

Quite possibly so. Roy Campbell; that brawling, Anglo-South African poet and professional bullfighter; a friend of TS Eliot and Russell Kirk; compared the ritual to the taurine blood-sacrifice of Mithraism, the cult of Roman Centurions who may well have brought it to Spain and South West France. It would not be the first instance where pre-Christian traditions were accommodated by the Catholic faith.

Yet, has Catalan bullfighting succumbed to modern hyper-sensitivity and political correctness? Don’t bet the bull-farm yet.

Out of 7.3 million Catalan, only some 180,000 signed petitions launched by their animal-rights activists, but a maximum 18,000 spectators crammed into the stadium for the final match with scalpers flogging tickets at 1500 euros each, and even posters of the ‘last’ bullfight have become valuable collector’s items. Add this to the rather partial nature of the ban, curiously ignoring the uniquely Catalan ‘correbous’ where urban crowds chase a bull with flaming torches on its horns, and it hardly sounds as if Cataluña is gripped with animal-rights sentimentality.

Indeed, understanding the ban requires knowledge of the Catalan, who consider themselves to be a people apart from the Castilians inhabiting the rest of Spain. Their four provinces are known as ‘the Germany of Spain’—impeccably tidy, educated, hard-working and productive, a Catalan thinks of other Spaniards as a snooty Presbyterian engineer in Boston may view Mexicans: dust-covered, unemployed, half-drunk and snoring under their sombreros. I don’t know for sure, but I would not be surprised if Castilians regard the Catalan as superior, stand-offish, pernickety and overly materialistic: after all, who admires his rich, hard-working neighbour?

London’s Daily Telegraph concurs, reporting that, “The ban triggered a furore across Spain and a nationwide debate over the quintessentially Spanish tradition…Critics claim local politicians had agreed the ban on an activity seen as the symbol of Castilian Spain as a way of proving their independence from Madrid and distinguishing the region from the rest of Spain.” They quote angry Catalan corrida fans saying the same thing. 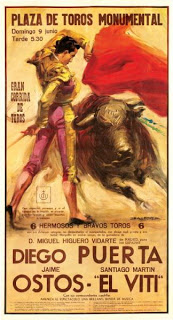 Just over the Pyrenees, bullfighting enthusiasts seem unaffected by any alleged plague of anthropomorphic squeamishness. A French online news service reports: “French bullfighters hit back July 30, just two days after the Spanish news broke: ‘We are being told to adapt to modern times,’ local adepts of la tauromachie noted. ‘Well we’ve adapted, we offer tickets to bullfights at popular prices – 21 euros a seat, who else offers such value,’ they asked.” No doubt Castilian corridas are also preparing to cash in on this nationalistic outburst by the contrary Catalan elite.

In 2004, then-Prime Minister Tony Blair enacted a UK ban on fox-hunting, another blood-sport. This too was a political act, a sop to his Labour Party Far-Left who were furious with his tolerance of modern economics. Since all rural parliamentary districts support the Conservative Party, it only ruined the fun and killed off jobs for people who didn’t like Labour anyway, and it allowed his troglodyte-wing and their BBC media friends some class-warfare and political blood-sport. But fox-hunting continues because the law was written imprecisely, and rural cops are reluctant to arrest their neighbours, of all social classes, who ride to the hounds or who happily follow on foot.

So, one wonders if the Catalan ban will last and extinguish a ritual that might date back to Roman days, or if their nationalists will get bored and find a less costly and unpopular way to give their Castilian countrymen the finger.