In college, the Dogwood Society (my major’s academic honorary) was a little platoon of love and laughs. The handful of us would send encouraging notes during our regular all-night writing sessions, pass around humorous takes on American history and politics, and would periodically get together for “Founding Fridays” to share in fellowship over a few brews.

Though partial to wheat beers and amber ales, it is well known that I love Guinness beer. Therefore, when a dear fellow Dogwoodian suggested I read The Search for God and Guinness: A Biography of the Beer that Changed the World by Stephen Mansfield, I knew my friend had excellent taste in both beverages and books.

This book is delightful. If you, dear reader, have any interest in beer, religion, family businesses, history, marketing, science, politics, or culture, you may enjoy this good read. Written with precision, The Search for God and Guinness reads like a methodical conversation or college lecture. Mansfield immersed himself into the wide topic of “Guinness” while remaining an excellent third-party observer. It seems he, as his reader, had a lot to learn about the Guinness family and their barley business.

I understood for the first time that beer had a noble history and that it had been intricately interwoven with the Christian faith for nearly seventeen hundred years by the time Arthur was born. I understood also that brewing has long been a respected profession and this was due in part to the positive contribution it made to society. …Thus, I understood something I could not have before: that a convergence of brewing’s evolution through history, the contributions of a Reformation view of the world, and the culture of the mid-1700s–in which a man could make his fortune but was encouraged to use it for the good of mankind–all of this built the perfect stage for the enterprising young man named Arthur Guinness and his particularly tasty brand of stout porter. 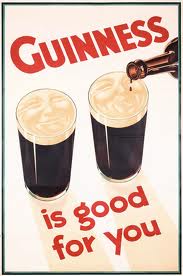 At present, nearly 10 million pints of Guinness are consumed a day. Yet, their true legacy lives on in the people of Dublin. “The descriptions of Guinness benevolence—the buildings, institutions, trusts, parks schools, and services that Guinness has left in its wake—could fill volumes,” says Mansfield.

The Guinness family was not Irish Catholic. This is significant; the 90 percent who were Roman Catholic owned less than 10 percent of the land and were barred from Irish Parliament. Arthur Guinness might not have been able to buy his brewery. But property laws aside, Guinness was an outspoken defender for various causes of the lower classes, including Catholic equality. As Guinness “rose in Dublin society, he evidenced a deeply Christian and nonconformist conscience. He spoke out against anti-Catholic laws and he thought nothing of challenging the traditions of the ruling class when morality was involved.”

There are plaques dedicated to Arthur Guinness on Catholic Churches in Dublin because of his efforts. The generosity did not stop there: his eldest son, Arthur Lee Guinness, assisted people so greatly in rural areas during the 1845 potato famine that they dedicated a small obelisk in his honor.

Later generations worked to improve their workers’ lives, too. Dr. Lumsden, an employee of Guinness who led the way for public health and social reform in the lower classes, made nine suggestions for the company to provide: technical education for the younger generation; popular lectures of educational value; a program of athletics and exercise; literature encouraging hygiene and the prevention of disease; courses in cooking for mothers and young women; education regarding the feeding of infants; recreational opportunities in the form of concerts or socials; opportunities for management and laborers to meet and socialize; housing. All of the above were “attempts to roll back the grinding poverty and crushing slum life that had risen to critical levels in the industrial age.” The Guinness family and business certainly did their small part. 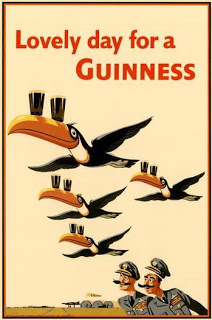 Perhaps the most thrilling part of the book involves moral philosophy and the “Guinness Way.” The former was “a blend of history, theology, philosophy, and ethics. It was, in short, history writ large, a look at the past to gain the lessons that might be learned.” This study is necessary to understand key elements of the Guinness Way. The Guinness family strove to discern God’s will not only in their life, but in their business. The work of their hands was to reflect the glory of God, which is why it was essential to master the art of brewing.

My only (and very slight) complaint concerns a few of  Mansfield’s explanations involving the Roman Catholic Church. As the author and his subject matters are not Catholic, I (a Roman Catholic reader) understand why he writes the way he does. I disagree, for example, with his interpretation of the Reformation but, alas, such is the plight of Christendom today.

Perhaps the most telling line is from an unnamed manager who said, when the company was considering breaking into new markets, “We followed our traditional policy of considering long and acting quickly.” In an age of rashness, Guinness stands as a testimony of principled men who allowed their faith to form their public image over hundreds of years.

Time is a friend to Guinness, both the people and the beer, and the wise boldness cultivated by the family and its company has come to fruition in this story.