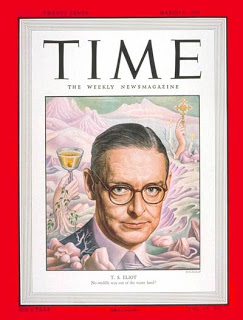 . . . [in original] But how, in the end, does the work of a mere writer affect political life? One is sometimes tempted to answer that the profounder and wiser the man, the less likely is his influence to be discernible. This, of course, is to take a very short view; and at the other extreme, in considering the thought of the very greatest we can hardly speak of their ‘influence’ at all; it becomes ridiculous to ask whether the influence of Plato or Aristotle has been good or bad, for we cannot conceive what the history of the European mind would have been with them. Yet the immediate influence of–shall we say–Mr Bernard Shaw in the period of his most potent influence, I suppose, at the beginning of this century, must have been more appreciable, and more widely diffused, than that of much finer minds: and one is compelled to admire a man of such verbal agility as not only to conceal from his readers and audiences the shallowness of his own thought, but to persuade them that in admiring his work they were giving evidence of their own intelligence as well. I do not say that Shaw could have succeeded alone, without the more plodding and laborious minds with which he associated himself; but by persuading lowbrows that they were high-brows and that high-brows much be Socialist, he contributed greatly to the prestige of Socialism. But between the influence of a Bernard Shaw or an H.G. Wells, and the influence of a Coleridge or a Newman, I can conceive no common scale of measurement.

I confess, however, that I am not myself very much concerned with the question of influence, or with those publicists who have impressed their names upon the public by catching the morning tide and rowing very fast in the direction in which the current was flowing; but rather that there should always be a few writers preoccupied in penetrating to the core of the matter, in trying to arrive at the truth and to set it forth, without too much hope, without ambition to alter the immediate course of affairs, and without being downcast or defeated when nothing appears to ensue. The proper area for such men is what may be called, not the political, but the pre-political area. I borrow the term from Canon Demant, the Regius Professor of Divinity at Oxford; and I am thinking of work such as his, and Mr Christopher Dawson’s, and that of Professor Reinhold Niebuhr in America. It is this area also that my own much slighter talents have been employed. But we can look still farther for literary influences, not only philosophical, but imaginative, upon politics. Disraeli gained much from his early association with Smythe and Manners who owed a good deal to Walter Scott. And my defence of the importance of the pre-political is simply this, that it is the stratum down to which any sound political thinking must push its roots and from which it must derive its nourishment.  It is also, if you don’t mind my changing metaphor so abruptly, the land in which dwell the Gods of the Copy Book Headings; and abandoning figurative language altogether, it is the domain of ethics–in the end, the domain of theology. For the question of questions, which no political philosophy can escape, and by the right answer to which all political thinking must in the end be judged, is simply this: What is Man? What are his limitations? What is his misery and what his greatness? And what, finally, his destiny?