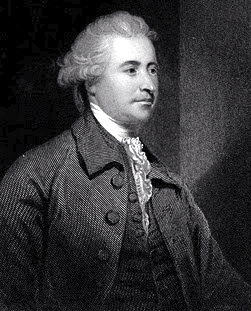 A true natural aristocracy is not a separate interest in the state, or separable from it. It is an essential integrant part of any large body rightly constituted. It is formed out of a class of legitimate presumptions, which, taken as generalities, must be admitted for actual truths. To be bred in a place of estimation; to see nothing low and sordid from one’s infancy; to be taught to respect one’s self; to be habituated to the censorial inspection of the public eye; to look early to public opinion; to stand upon such elevated ground as to be enabled to take a large view of the widespread and infinitely diversified combinations of men and affairs in a large society; to have leisure to read, to reflect, to converse; to be enabled to draw and court the attention of the wise and learned, wherever they are to be found; to be habituated in armies to command and to obey; to be taught to despise danger in the pursuit of honour and duty; to be formed to the greatest degree of vigilance, foresight, and circumspection, in a state of things in which no fault is committed with impunity and the slightest mistakes draw on the most ruinous consequences;

to be led to a guarded and regulated conduct, from a sense that you are considered as an instructor of your fellow-citizens in their highest concerns, and that you act as a reconciler between God and man; to be employed as an administrator of law and justice, and to be thereby amongst the first benefactors to mankind; to be a professor of high science, or of liberal and ingenious art; to be amongst rich traders, who from their success are presumed to have sharp and vigorous understandings, and to possess the virtues of diligence, order, constancy, and regularity, and to have cultivated an habitual regard to commutative justice: these are the circumstances of men that form what I should call a natural aristocracy, without which there is no nation.— An Appeal from the New to the Old Whigs, 1791

About the Author: Edmund Burke