Das Grauen: The Most Radical New Band in Europe? 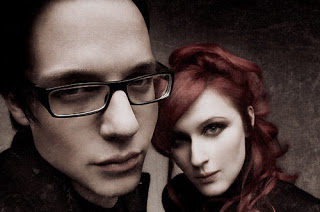 Admittedly, I am more frequently found beside a small glass of madeira in the club library (preferably a Great War-era Terrantez, or the rum-based Buals which are now getting equally hard to find). But I jumped at the chance to actually meet the members of my favourite pop-band while they tour England. Okay, so I may not be a perfectly imaginative conservative.

Launched four years ago in the German university-town of Tubingen, Das Grauen (which translates as The Horror), is the most edgy and radical pop group in Europe today.

Der Stern calls them “musical terrorists,” and the Frankfurter Algemeine Zeitung is even more alarmed, demanding that Chancellor Angela Merkel issue a temporary ban on their music sales while a permanent gag-order is debated in the European Parliament. Their reviews in French, Italian and Spanish media are just as hostile, and even the usually-trendy BBC warns parents that the band “sets a worrisome precedent.”

The media’s fears centre not only on Das Grauen’s revolutionary (and often upsetting) approach to tonality, or their plainly incendiary messages, but also on their snowballing popularity with Europe’s disaffected youth on or off campuses. Spanish police needed water-cannon to disperse tens of thousands of the band’s supporters after a concert in Barcelona last February.

“Snowballing popularity is not an appropriate concept for us,” their lead-guitarist Hans-Dieter Schrecklichmann told me. “We tend think of it as a mushroom cloud spreading over Europe.” Like the rest of the band, he dresses in black with a multitude of silver rings.

“We are partly about destruction,” explained Maria Pobożny, the band’s lead singer; and I tried not to stare at her trademark, four-inch-long, facial scar to see if it is real or cosmetic. “So much of Europe must be destroyed and hauled away before we reach the point where we can rebuild again.”

After sky-rocketing success on German campuses starting four years ago, the band’s biggest stumbling block came from their first recording company in 2011.

“Concept albums are nothing new to pop music but the industry elites resisted,” Maria explained. “We were adamant that each song had to fit into a consistent, holistic vision, but the capitalists just said no.”

“We burned the contract on stage at Freiburg (university) and found another record company,” added Kurt-Jurgen (Wolfie) Klipfel, the band’s percussionist. “But even they made us title the album after the second song, not what we wanted originally.”

“Don’t worry,” laughed Maria, “we know who wins in the end.”

The band’s first and only album so far, “Kyrie Eleison,” seems to play hourly on every underground radio station from Helsinki to Berlin and London, from Madrid to Rome and Athens.

“The first number is of course called Introit,” Klipfel explained, “then Kyrie and Gloria and so on, finishing with Agnus Dei, Pax and Ite Missa Est. Together the songs tell a story. But the music Establishment really hated it when we wanted to title the whole album Missa Solemnis.”

“They hated each of us even more, but we have the youth behind us,” laughed the Polish-born singer.

“And I don’t think the elites dig the ancient radical lyrics or understand Latin.”

“The record industry ‘suits’ went nuts,” the Bremen-born guitarist continued, when the band replaced their electronic keyboards with an acoustic harpsichord. “And introducing counterpoint, complex harmony and the choir of nuns made them sh-t seven colours,” he added, using a Dutch expression for severe upset.

“Maybe eight colours when we told them we wanted nuns,” joked Klipfel.

“They grew even angrier when we showed them our design for the album cover,” interjected Maria. “They simply refused.”

“It was a great picture of us next to Pope Benedict,” Klipfel complained, “and we still have it up on our website but the album-cover shows the usual, boring, skull dripping with blood.”

While the musicians reluctantly compromised on the cover, they harbour no ill-feeling about the album title. The Leipzig-born drummer explained, “Kyrie Eleison still sums it all up for us.”

“Europe’s young people are angry; we’re sick of greedy materialists, media whores and photocopy politicians silencing real debate while they consolidate power,” Maria explained. “Like the millions of us who flock to see the Holy Father wherever he goes, we realise that we must ruthlessly rip down the facades, walk away from politics, examine our consciences, pray for forgiveness and start to organise.”

“That’s how we overcome the f—ers” added Schrecklichmann, using his favourite Anglo-Saxon word.

The band’s second effort, due for release in early 2013, is another concept-album tentatively titled “Te Deum.”

“It’s kind of Bauhaus Gregorian, stripping everything down to essentials,” Maria explained. “It uses no instruments, no effects, no amplification; none of that usual commercial s—t.”

“We tested a few tracks in underground clubs in Berlin and Amsterdam,” Klipfel added, “and audiences went berserk. Imagine hundreds of young people crowded onto the dance floor, kneeling.” Their six-city UK concert series begins next week at Wolverhampton.

The band-members say that their tour of American campuses has been postponed until 2013 or later, due to visa problems and objections from the US Department of State.