On Imagination and Will 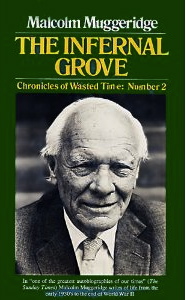 Once in the British Museum…I overheard a conversation between two attendants in blue uniforms. One asked the other where so-and-so—obviously another attendant–was; and the first replied: ‘Oh, he’s in the Illuminated,’ meaning, of course, the Illuminated Manuscripts Room. Thenceforth, we adopted the term the Illuminated being the world of the imagination, as Wordsworth’s Sunless Land was the world of the will. Kingsmill saw the imagination and the will as contending impulses, and he liked to recall an inscription on a stone found in North Africa: ‘I, the Captain of a Legion of Rome, serving in the desert of Libya have learnt and pondered this truth: “There are in life but two things, Love and Power, and no one has both.”‘  The will was the dynamo of action and the fuel of lust; the imagination, the way to ecstasy and the fount of love. To live in the will was to be imprisoned in the dark dungeon of the ego; the imagination was a window, to look out of and dream of escaping. On the one hand, the men of the will–Caesar, Cromwell, Napoleon, Hitler and Stalin; on the other, the men of the imagination–Jesus, St. Francis, Blake, Bonhoeffer and Solzhenitsyn.  The will belongs to time, the imagination projects time into eternity. When Jesus rejected the Devil’s offer of the kingdoms of the earth, he turned away from the will; on the Cross he died in the will; the Resurrection was his rebirth in the imagination.

—Malcolm Muggeridge,  The Infernal Grove, the second volume of his autobiography, Chronicles of Wasted Time.  p. 67.

Books related to the topic of this article can be found in The Imaginative Conservative Bookstore.

About the Author: Malcolm Muggeridge