Jane Austen’s “Pride and Prejudice”: A Book of Love & Marriage 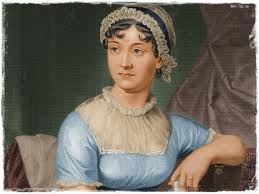 Jane Austen’s genius comprehends the subject of marriage and the book of love in all its intricacy, practicality, goodness, and mystery. Her novels center on the importance of marriage as one of life’s most important choices and life’s greatest source of happiness—“all the best blessings of existence” to use a phrase from Emma. In Emma the bachelor Mr. Knightley observes of his brother’s marriage, “There was too much happiness in his brother’s house; woman wore too amiable a form in it.” Pride and Prejudice portrays the entire range of motives and reasons that distinguish the best marriages from mediocre matches.

First, many choose marriage for its social benefits and image of respectability. Mr. Collins visits the Bennet family with the intention of marrying one of the daughters because his patroness Lady Catherine has advised the young Anglican clergyman to uphold propriety and convention. To win the approval of this wealthy aristocrat to whom he is obliged for his living, Collins in the course of a two week visit pursues marriage as a transaction without the romance of courtship, expecting to marry the oldest daughter Jane who is ineligible, proposing to Elizabeth who adamantly rejects his offer, and choosing Charlotte who accepts his proposal because, as she explains to Elizabeth, “I am not romantic you know. I never was. I ask only a comfortable home, and considering Mr. Collins’ character, connections, and situation in life, I am convinced that my chance of happiness with him is as fair, as most people can boast on entering the marriage state.” Charlotte’s desire for economic security and her wish to escape the stigma of old maid move her to accept Collins’ idea of marriage as a mere social arrangement based exclusively upon financial independence and popular approval. Elizabeth is forewarned both by Collins and Mrs. Bennet that a sensible woman never shuns the one marriage proposal she may receive in her lifetime: “But I tell you what, Miss Lizzy, if you take it into your head to go refusing every offer of marriage in this way, you will never get a husband at all.”

Elizabeth, however, defies worldly wisdom a second time when she roundly refuses Darcy’s awkward first proposal of marriage, an offer that also has no basis in courtship or romance and one that proceeds from condescension. The haughty Darcy who would not deign to dance at the ball because Elizabeth appeared “tolerable, but not handsome enough to tempt me” impulsively declares love and apologizes at the same time: “In vain have I struggled. It will not do. My feelings will not be repressed. You must allow me to tell you how ardently I admire and love you.” Although Collins’ and Darcy’s declarations of marriage offer Elizabeth many perquisites, neither man has properly wooed her, proven his worthiness, or captured her heart. Fully conscious of the privilege of a proposal from a man of Darcy’s rank and fortune (“she could not be insensible to the compliment of such a man’s affection”), she does not “esteem” or respect him. Collins’ pomposity and Darcy’s arrogance do not measure up to Elizabeth’s standards of chivalrous manhood. Elizabeth—Austen’s model of elegance, amiability, and integrity—does not compromise her ideals to stoop to marriage for conventional or economic motives.

Elizabeth’s flirtatious younger sister Lydia, always seeking the attention of the soldiers, shocks and scandalizes her family by her rash elopement. Wickham tempts her with the promise of marriage he does not keep. Ignoring social respectability and disgracing the family, Lydia wants the status of marriage at all costs. Naïve about Wickham’s deceitful character and gambling debts, she blindly follows her passions and disregards all the essential considerations that govern true marriage: the honor of the family, the requirement of money, the romance of courtship, and true love. Lydia does not care about Wickham’s background, reputation, or debts, and she does not admire or esteem him. Exaggerating the role of the feelings, she disregards the use of reason and sacrifices all prudential, moral, and romantic considerations to boast that she married before her two older sisters. While Charlotte claimed she was not “romantic” in her ideas of love and marriage, Lydia is not practical or sensible, marrying a man she hardly knows and ignoring all the consequences of an unstable match with a feckless man.

Elizabeth Bennet receives a third marriage proposal shortly after she visits Pemberley Woods, Darcy’s estate—a surprise that meets all her highest ideals and greatest expectations. Visiting Darcy’s home on a tour with her aunt and uncle during Darcy’s absence, Elizabeth admires both the beauty of the landscape (“She had never seen a place for which nature had done more, or where natural beauty had been so little counteracted by an awkward taste”) and the elegance of the home (“from every window there were beauties to be seen”). In the course of her tour she learns from the housekeeper of Darcy’s noble virtues as brother, landlord, and master (“he was always the sweetest-tempered, most generous-hearted, boy in the world.”) When surprised by the unexpected arrival of Darcy, Elizabeth naturally feels the embarrassment of the awkward situation—a man whose marriage offer she spurned with insult: “… I felt you were the last man in the world whom I could ever be prevailed upon to marry.” However, instead of bitter resentment or cold indifference to his guest, Darcy—unlike his snobbish incivility at the ball—acts with the warm hospitality and gracious courtesy of a gentleman, putting Elizabeth at her ease, initiating conversation about her family, and asking to introduce Elizabeth to his sister. Amazed at the change in his manners, Elizabeth is not only favorably impressed but finds herself this time really attracted to Darcy, on the one hand thinking “it is impossible that he should still love me” and yet wondering “whether she was still dear to him.”

When Elizabeth later learns that Darcy paid Wickham’s debts on condition that he marry Lydia and save the Bennet name, she is deeply grateful and touched by his magnanimity—especially when she accidentally learns that he interceded like an anonymous benefactor seeking no recognition. Darcy, who has no affection for Wickham and no respect for Lydia, intervened in the scandalous affair for only one reason, the motive of true love. Elizabeth reflects, “He had done all this for a girl [Lydia] whom he could neither regard nor esteem. Her heart did whisper, that he had done it for her” [Elizabeth]. Elizabeth has no doubts about her answer to Darcy’s second proposal: “I do, I do like him … I love him.” Darcy has captured her heart, proved his worthiness, earned her esteem, and fulfilled her ideals of marital love. Elizabeth, who rejected Darcy’s first offer despite the prestige of the match, embraces his love only after she ascertains his honorable intentions, discovers his magnanimous heart, and sees the sincerity of his love. Seeking the purity of honest love, listening to her heart and conscience, and acting morally without ulterior motives, Elizabeth experiences not only the fulfillment of the heart’s deepest desire but also sees a dream come true, not just an escape from the label of old maid: “to be mistress of Pemberley might be something!”

About the Author: Mitchell Kalpakgian

Dr. Mitchell A. Kalpakgian (1941-2018) was a Senior Contributor at The Imaginative Conservative and was Professor of English at Simpson College (Iowa) for thirty-one years. During his academic career, he received many academic honors, among them the National Endowment for the Humanities Summer Seminar Fellowship (Brown University, 1981); the Andrew W. Mellon Fellowship (University of Kansas, 1985); and an award from the National Endowment for the Humanities Institute on Children's Literature.