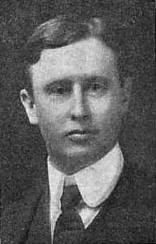 In brief the need is to restore to their predominance in the curriculum those studies that train the imagination, not, be it said, the imagination in its purely aesthetic function, but the imagination in its power of grasping in a single firm vision, so to speak, the long course of human history and of distinguishing what is essential therein from what is ephemeral. The enormous preponderance of studies that deal with the immediate questions of economics and government inevitably results in isolating the student from the great inheritance of the past; the frequent habit of dragging him through the slums of sociology, instead of making him at home in the society of the noble dead, debauches his mind with a flabby, or inflames it with a fanatic, humanitarianism. He comes out of college, if he has learnt anything, a nouveau intellectual, bearing the same relation to the man of genuine education as the nouveau riche to the man of inherited manners; he is narrow and unbalanced, a prey to the prevailing passion of the hour, with no feeling for the majestic claims of that within us which is unchanged from the beginning. In place of this excessive contemporaneity we shall give a larger share of time and honor to the hoarded lessons of antiquity. There is truth in the Hobbian maxim that “imagination and memory are but one thing”; by their union in education alone shall a man acquire the uninvidious equivalent in character of those broadening influences which came to the oligarch through prescription–he is moulded indeed into the true aristocrat. And with the assertion of what may be called a spiritual prescription he will find among those over whom he is set as leader and guide a measure of respect which springs from something in the human breast more stable and honorable and more conformable to reason than the mere stolidity of unreflecting prejudice.–Paul Elmer More (Aristocracy and Justice)

For more on Paul Elmer More and Liberal Education visit The Imaginative Conservative Bookstore. The Imaginative Conservative applies the principle of appreciation to the discussion of culture and politics—we approach dialogue with magnanimity rather than with mere civility. Will you help us remain a refreshing oasis in the increasingly contentious arena of modern discourse? Please consider donating now.

About the Author: Paul Elmer More

Paul Elmer More (1864—1937) was an American journalist, critic, essayist and Christian apologist. His periodicals were published in eleven volumes as The Shelburne Essays. After retiring from journalism, he published several books on Plato and Greek philosophy, including Greek Tradition. Late in his life More turned towards Christian apologetics, writing The Christ of the New Testament among other titles.