Not Another ‘Elfing’ Elf! 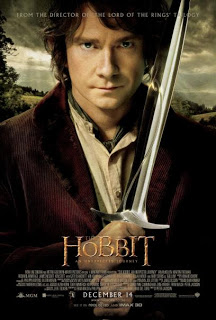 According to J. R. R. Tolkien’s son, Christopher, Hugo Dyson (1896-1975) had quite enough, thank you, even though the lesser-known Oxford don was considered the most fun-loving of the Inklings.

As another newly-written passage of The Lord of the Rings was read aloud by its author, Dyson was “lying on the couch, and lolling and shouting and saying, ‘Oh f***, not another elf!’” Other versions of the incident are even more colourful. Dyson was not the only one, and so Tolkien eventually stopped reading the updates in the pub.

Folk of Dysonian temperment may avoid Peter Jackson’s, “ The Hobbit: An Unexpected Journey, ” but it is expected to gross $70 million initially. It cost $270 million to make and opens Friday (December 14) in North American cinemas, as only the first part of a trilogy expected to take nine hours overall to depict Tolkien’s 300-page book.

Not only Dysonites will give the movie a miss. Writing in Britain’s oldest magazine, The Spectator, Melanie McDonagh has self-confessed Hobbitophilic tendencies.

A reviewer of modern children’s fiction, she writes, “there are enough subplots in the quest story of The Hobbit to sustain a dozen contemporary narratives.” But she still isn’t going to see the film of what she calls,

“…a wonderful story, perfectly formed, with all the gaiety and compactness that The Lord of the Rings lacks. It’s a combination of disparate things: saga and myth and larders with seed cake, and dwarves and goblins and the things of fairy tales, along with pocket handkerchiefs — which fairy tales rarely feature.”

So why no popcorn with Bilbo and Gandalf? The critic explains that even an entertaining film-version is “still doing what Tolkien, as storyteller, would have hated: it makes explicit everything that the mind previously imagined. He only sold the film rights to pay off his debts.” She concludes:

You can never fully recover your own ideas about a book after you’ve seen a screen version, good or bad. Already, I can’t get my own idea of Gollum back from the film image of Andy Serkis all over the papers. Take it from me: in the time it takes to see the film, you can get through several chapters of the book. Don’t watch. Read.

Write it off to critical contrarianism if you will, but she has a point. No film can fully equal its novel; the best it can do is to remain true to the original spirit and plot while sacrificing nuance and detail, and change for good or ill the work of a reader’s imagination.

So what is an imaginative conservative to do? Moreover, what about one with children?

One could be the parental equivalent of Vlad the Impaler, and insist that that the little dears don’t see the film before they read the book (if they go to state schools, they may be simply unable before their junior year in college).

Might watching the film now make them more, or less, eager to read it in full later on? I do not know, but as a child television programmes often lured me to history books.

So, as poor Bilbo puzzles over how to outwit Smaug, some of us may struggle over whether or not to see the movie, while in a celestial pub Professor Tolkien glowers as Professor Dyson groans and sinks another pint of bitter.

What do you plan to do?