Looking Up from Valhalla

National Review’s cover featured a very captivating art-deco style rendering of Ayn Rand. Whether intentional or not (and most likely it is), the portrait divides Rand’s face in manichaen fashion, half light, half dark. Though the article, “Ayn Rand Reconsidered: A Greatness Stunted by Hate,” by Jason Steorts, is relatively short, it packs a serious punch. While praising the best of The Fountainhead, Steorts has nothing but contempt for Atlas Shrugged.

“There is so much to be said against Rand as an artist. There is the inept dialogue—characters begin a great many sentences by shouting each other’s names…the heroes speak, every one of them, in exactly the same voice; the averagely intelligent advance the plot by blurting out their secrets. There is the Girl Scout banality of Atlas Shrugged’s heroine, who seems to have escaped from the young-adult section. There is the preposterous omnicompetence of the heroes, equally at home on the Harvard faculty or in a Vin Diesel movie, and the endless gushing about their exalted feelings, Rand’s attempt to steal with treacle what she has not earned with character development.” (NR, August 30, 2010, pg. 48)

From Steorts’s perspective, Rand, who had accomplished much with The Fountainhead (1943) while looking inward to the potential greatness of man, has begun to look outward at mankind with Atlas Shrugged (1957). Then, she only sees dismal failure.

And, what about Rand’s abilities as a novelist, as an artist, as a creator?

“I don’t care. I don’t require of my artists that they be perfect craftsman; I require that they inspire me. What is sad to me about Rand is that she could, but that the creator of Gail Wynand [a complex and deeply flawed character seeking redemption in The Fountainhead] could create only one; that she could no longer imagine him when she looked out at mankind; that what she showed us instead was her need to reassure herself, in terms frankly delusional, of her superiority to it.” (NR, August 30, 2010, pg. 48) 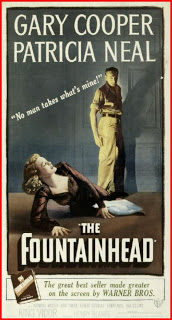 Steorts’s article is probably the most sensible and just article I’ve read on Rand. A little over a year ago, John Miller kindly asked me to comment over at NRO on the re-emerging popularity of Atlas Shrugged. Here’s what I wrote at the time, republished here with only light editing:

NR has offered a proper view of Ayn Rand for over fifty years: Rand (born in Russia, 1905, as Alisa Rosenbaum) is little more than a right-wing ideologue. The “little more,” though, cannot be completely dismissed. Rand possessed genius in her ability to create plot (Atlas Shrugged), to show the evil of evil (We the Living), and to demonstrate brilliance (The Fountainhead). Overall, though, Rand produced stiff characters, stiff dialogue, and stiff philosophy. Intentionally dismissing any continuity of the western tradition, Rand very selectively took from Aristotle, Richard Wagner, and Friedrich Nietzsche. Her characters, full of purpose, seek only to denominate those deemed beneath them or to submit to those believed superior. The Ragnarok-ish end of Atlas Shrugged reveals much. The world, through mediocrity, has burned itself out. Those who embrace hierarchy and will, the new gods, return after having hidden in a secret location in the Rockies. As they descend from their Valhalla, presumably to conquer, the new head god “blesses” the world with the “sign of the dollar.” Offensive, ignorant, and devoid of faith, hope, and love, Rand ends her novel. Her philosophy and her reputation should have ended here as well.

This still seems like a generally correct assessment to me.

When I first arrived at Hillsdale in the fall of 1999, I was immediately struck by how many Randians attended the college. Frankly, there were probably very few in relative terms. But, they were many (at least in appearance) in terms of taking a lead in college culture. They wore lots of black, smoked lots of cigarettes, and talked rather forcefully and, I must admit begrudgingly, intelligently. A few years later, I decided this group must have been an anomaly. If they continued to exist into the twenty-first century at Hillsdale, I wasn’t encountering them.

Then, two years ago, I noticed frequent references to Rand among my freshmen. Last year’s incoming class mentioned her even more frequently. And, the mentions were never done in apology or explanation, but dropped as though every peer and professor was already familiar with the writer, her ideas, her characters, her plots, etc. The black clothing and chain smoking is gone, to be sure, but if our last two incoming classes are any indication, Rand is back. Tellingly, those who read her, take it for granted that everyone else has read her too. Rand seems to have become an accepted and important member of the western tradition.

I first encountered Rand around 1982. I was fourteen, and my mother handed me a copy of Atlas Shrugged, telling me it was time to read something serious. I devoured what I could find of Rand’s—Atlas Shrugged, The Fountainhead, We the Living, Anthem, her plays, her essays, etc. I never would’ve called myself a “Randian” or an “Objectivist” (As far as I know, no Randian ever refers to himself as a Randian; those who hate Randianism refer to her followers as “Randroids.” I’ll keep it neutral—that is, only use “Randian,” for this essay).

Though I stupidly thought of myself as some sort of atheist/agnostic in the 1980s, Rand’s aversion to religion did little for me. Indeed, her hatred of religion seemed as bizarre to me then as did the incredible violence promoted by her main characters. Her hatred of faith went against my own experience and observations. The best people I knew in the 1980s were religious (my maternal grandparents, a great aunt, a great uncle, for instance) and the people I respected least were either false in their religion or devoid of it. So, Rand’s reasoning on religion simply made no sense to me. As probably any teenager does, I compartmentalized what I didn’t like, and I divorced the personal aspect of Rand from the political, economic, and cultural aspects. Now, of course, I see how tied together they were for her and are for her many current followers.

Still, at the time, I saw her as the best way to convince my friends and relatives of the evils of government and the virtues of the market. Though she was deeply flawed, I believed, no one better promoted free society than did she. As I think back on this, I can feel Screwtape’s breath on the back of my ear and neck.

[To those many friends in high school and college who received copies of Atlas Shrugged from me, I apologize profoundly. May your children not be cursed with such friends.]

This is the first part in a two-part essay; the second part may be found here. Books mentioned in this essay may be found in The Imaginative Conservative Bookstore. The Imaginative Conservative applies the principle of appreciation to the discussion of culture and politics—we approach dialogue with magnanimity rather than with mere civility. Will you help us remain a refreshing oasis in the increasingly contentious arena of modern discourse? Please consider donating now.