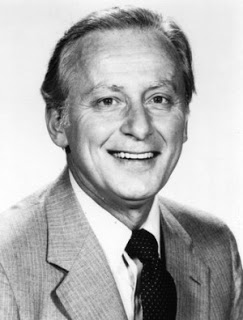 [I first published this 51 weeks ago at De Regno Christi. It was originally entitled, “Ralph McInerny, you make me smile.” Over the past year, I would only add–I miss McInerny’s wit and analysis of the world. His was a profound voice.]

Ralph McInerny passed away this past weekend.

Death is, of course, as much a part of life as living is. No one escapes it.  And, yet, we never get entirely used to or comfortable with it. At least, I don’t. Memories of the loss of a daughter and grandfather still haunt me. And, yet, I love to walk through the cemetery across the road from my house—a stunning 19th century cemetery full of mystery and hope and beauty. Lives lived fully, lives barely lived, complex stories each.

When I saw this past Saturday on Carl Olson’s Ignatius Insight Scoop blog that Ralph McInerny had passed away, I smiled. I ran to the top of the stairs, yelled down to my wife that he had died, and then I smiled again.

I will fully admit, this is not my usual first reaction to hearing about a death. But, McInerny seems a special case. After reading Carl’s posting, my first image—even before hollering down to my wife–was that of McInerny meeting his own wife, Jacques Maritain, Aquinas, and Dante beyond the Gates. I have a feeling the several of them have a lot of catching up to do; and I’m equally sure that the conversation will continue. . . eternally.

Though I consider one of McInerny’s sons, Dan, a good friend, I only had the privilege of meeting the father once. Sponsored by our college Catholic Society, Ralph McInerney came to Hillsdale shortly after I arrived here (1999) and gave an excellent talk to a group of Catholic faculty. I found him piercingly intelligent and equally kind. His visit has stayed with me through the past decade.

Just writing this quasi-obituary, the smile returns. What more could a Christian give to the world than what McInerny gave, short of martyrdom?

Surely, if there is justice, history will remember McInerny as one of the wittiest Christian thinkers and apologists of his age. A pillar of all that is good at the University of Notre Dame—indeed, perhaps one of the three men (along with Fathers Bill Miscamble and Marvin O’Connell) who has served as Notre Dame’s conscience for years—a proper critic of the excesses of the culture surrounding Vatican II, a “Peeping Thomas” as he called himself, and a prose writer of considerable grace and imagination, McInerny offered himself as a citizen of the City of God to this City of Man during the entirety of his lifetime.

Now residing in Michigan, my wife (a Texan) and I (a Kansan) frequently and insanely pack five children into our Honda Odyssey (named “Aeneas” just to spite the Greeks) and venture to the middle and southern parts of the country to visit our respective extended families. While the kids spill stuff (which will remain for this quasi-obituary undefined) on the seats and the floor of the van, push one another, and watch the landscape fly by, my wife reads McInerny novels to me. Being more than a bit of an obsessive-compulsive, Germanic control-type of person, I drive. I also listen. McInerny’s works have been a central part of our family travels since our marriage. I know his protagonists well—Roger Knight, Father Dowling, and Vincent Traeger. They almost seem like family.

But, it’s not just McInerney’s mysteries. I will never forget one drive when Dedra (my wife) read a particular passage from his 1991 novel, The Search Committee. The passage involved a committee discussion about which minority/”outgroup” person would be most qualified to serve as a university chancellor. The answer, stated with complete irreverence, was so funny, that at least ten mile markers flew by before we could stop laughing. I’ll leave the answer for your own reading pleasure.

And, I’ll never forget the sobering and emotional (to the point of being gut wrenching) moments in Professor McInerny’s Connelly: A Life, the story of a “Spirit of Vatican II” priest re-evaluating his life and its meaning.

For years, McInerny served as the Michael P. Grace Professor of Medieval Studies at Notre Dame. A proper and just title, indeed. A professor, a writer, a wit, a father, a husband, a publisher, an editor. . . .

So, Professor McInerny, I continue to smile. You give me great hope in the power of a Christian, a professor, a thinker, and an author to temper, to poke fun of, and even—through the gratuitous gifts of grace—to leaven this City of Man.

Ralph (if I may), enjoy the reunions and the conversations far beyond this world. I look forward to joining you some day.

[The photo of McInerny is from the L.A. Times]