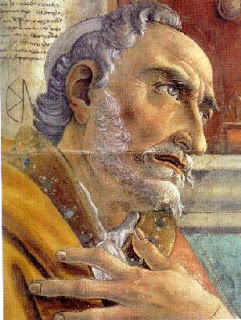 St. Augustine’s Confessions: teaches us that man’s struggle to find God is hardly new. I especially enjoyed his reference to the “hound of God”: what an apt description of the Spirit!

Second Treatise on Government by Locke: some think that people are naturally brutish, and others think that people naturally cooperate. While both have elements of truth to them, the latter societies are generally more successful, and Locke is the great champion of that idea.

Huckleberry Finn: I credit Mickey Craig for showing me that Huckleberry Finn is a Hobbesian story that becomes Lockean (when Huck finds Jim, he reacts in fear, but once he meets him they learn to cooperate).

A Journey: My Political Life by Tony Blair, This will not be interesting to people who are not students of politics or statescraft, but Blair’s insight into politics and the way to make a party fit its time is well-worth reading. And it’s extremely readable!

The Bible: well, duh! Even non-Christians should read a Gospel or two. Like it or not, the western world is historically Christian.

The Illiad: not the whole thing! But the Patrocles/Achilles story is powerful and illuminating (is there any more flawed hero than Achilles?) and the Hector/Andromache interchange is always a tear-jerker, as is the Achilles/Priam meeting at the end.

Anthony Williams (who happens to share a great name with another Imaginative Conservative contributor, Tony Williams) is a friend and former student. A father and a husband, Anthony is also a master Lego Builder and Civil War re-enactor. He understands all things Mac and PC and networking and if I keep going I will be utterly out of my depth when describing exactly what Anthony does. When something doesn’t work in the computer world, Anthony makes it much better. Phew. To sum up, Anthony is a great guy, and we’re honored to have his thoughts.

For more of the Great Books and Liberal Learning Books visit The Imaginative Conservative Bookstore.