On the Transmission of Liberty 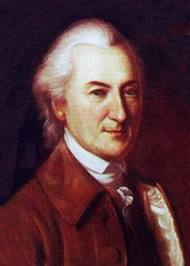 Honor, justice and humanity call upon us to hold and to transmit to our posterity, that liberty, which we received from our ancestors. It is not our duty to leave wealth to our children; but it is our duty to leave liberty to them. No infamy, iniquity, or cruelty can exceed our own if we, born and educated in a country of freedom, entitled to its blessings and knowing their value, pusillanimously deserting the post assigned us by Divine Providence, surrender succeeding generations to a condition of wretchedness from which no human efforts, in all probability, will be sufficient to extricate them; the experience of all states mournfully demonstrating to us that when arbitrary power has been established over them, even the wisest and bravest nations that ever flourished have, in a few years, degenerated into abject and wretched vassals.–A New Essay by the Pennsylvania Farmer, 1774

About the Author: John Dickinson

John Dickinson (November 13, 1732 – February 14, 1808), a Founding Father of the United States, was an American lawyer and politician from Philadelphia, Pennsylvania and Wilmington, Delaware.