Gifts for Imaginative Conservatives: The Joy of Reading 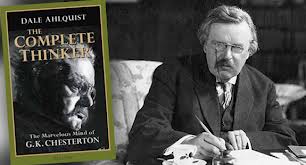 My six gift ideas are all recently published books, if only because I will always take books under the Christmas tree over socks, ties, and video games, no matter how trendy the latter might be.

The Complete Thinker: The Marvelous Mind of G. K. Chesterton (Ignatius Press, 2012) by Dale Ahlquist. If there is a better guide to Chesterton than Dale, I’ve not met him. Lucky for me, I’ve had the pleasure of meeting Dale, and he is as Chestertonian as they come: witty, deep, thoughtful, hilarious, insightful, and graceful. The perfect introduction to one of the greatest minds of the past hundred years, with observations on every possible topic.

After Tocqueville: The Promise and Failure of Democracy (ISI Books, 2012) by Chilton Williamson, Jr. A bracing, sobering, and challenging read, one that every conservative should take up in order to better understand where we’ve been, where we are, and where we might well be heading. An erudite lesson in history, political philosophy, and current events.

The Tyranny of Clichés: How Liberals Cheat in the War of Ideas (Sentinel, 2012) by Jonah Goldberg. Goldberg has long been one of my favorite political pundits, in part because of his great sense of humor, but also because he is a very good thinker and writer who avoids empty, banal clichés. Or, in this case, tears them to shreds, with delightful and occasionally surprising results.

Christianity, Islam, and Atheism: The Struggle for the Soul of the West (Ignatius Press, 2012) by William Kilpatrick. Another bracing and challenging read, as politically-incorrect as it is badly needed. Kilpatrick presents the big picture—historically and culturally—along with plenty of substantiating details. A warning shot that demands attention.

The Fortunes of Permanence: Culture and Anarchy in an Age of Amnesia (St. Augustine’s Press) by Roger Kimball. The talented Mr. Kimball could write essays about snowboarding or advanced geometry and I’d read them; he is one of the finest essayists writing today. Fortunately for us, he writes about literature, art, religion, politics, and other meaty fare.

Jesus of Nazareth: The Infancy Narratives (Image, 2012) by Pope Benedict XVI. The third (and final volume) in the Jesus of Nazareth series is short, but long on insight and wisdom. The tone is more conversational and accessible than the two earlier (and much longer) books. To read this is to sit at the feet of a humble man who has spent his entire life pondering the Bible and its central subject.

These and other great books for conservatives may be found in The Imaginative Conservative Bookstore.

About the Author: Carl Olson

Carl E. Olson is editor of Catholic World Report and Ignatius Insight. He is the author of Did Jesus Really Rise from the Dead?, Will Catholics Be "Left Behind", co-editor/contributor to Called To Be the Children of God, co-author of The Da Vinci Hoax (Ignatius), and author of the Catholicism and Priest Prophet King Study Guides for Word on Fire. He is also a contributor to Our Sunday Visitor newspaper, The Catholic Answer magazine, The Catholic Herald, National Catholic Register, Chronicles, and other publications.