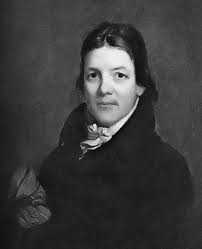 In regard to this principle, that all men are born free and equal, if there is an animal on earth to which it does not apply—that is not born free, it is man—he is born in a state of the most abject want, and in a state of perfect helplessness and ignorance, which is the foundation of the connubial tie… Who should say that all the soil in the world is equally rich, the first rate land in Kentucky and the Highlands of Scotland, because the superficial content of the acre is the same, would be just as right as he who should maintain the absolute equality of man in virtue of his birth. The ricketty and scrofulous little wretch who first sees the light in a work-house, or in a brothel, and who feels the effects of alcohol before the effects of vital air, is not equal in any respect to the ruddy offspring of the honest yeoman; nay, I will go further, and say that a prince, provided he is no better born than royal blood will make him, is not equal to the healthy son of a peasant.—Russell Kirk quoting John Randolph of Roanoke in The Conservative Mind

For more on John Randolph and the American Founding visit The Imaginative Conservative Bookstore. The Imaginative Conservative applies the principle of appreciation to the discussion of culture and politics—we approach dialogue with magnanimity rather than with mere civility. Will you help us remain a refreshing oasis in the increasingly contentious arena of modern discourse? Please consider donating now.

About the Author: John Randolph

John Randolph (June 2, 1773 - May 24, 1833), known as John Randolph of Roanoke, was a planter, and a Congressman from Virginia, serving in the House of Representatives at various times between 1799 and 1833, the Senate, and also as Minister to Russia.