Russell Kirk on the Errors of Ideology 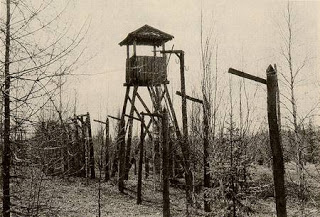 As the politicos battle it out (or, at least make a show of battling it out) in D.C., I can’t help but be struck by Kirk’s brief but solid definition of “ideology” from his “Errors of Ideology.”

Unleashed by the French Revolution, ideologies have plagued the world for well over 200 years now. They continue to infect. We, the infected. . . . and, it festers and festers.

From Russell Kirk, “The Errors of Ideology.”

Ideology, in short, is a political formula that promises mankind an earthly paradise; but in cruel fact what ideology has created is a series of terrestrial hells. I set down below some of the vices of ideology.

Now I contrast with those three failings certain principles of the politics of prudence.

Books by Russell Kirk  are available from The Imaginative Conservative Bookstore. The Imaginative Conservative applies the principle of appreciation to the discussion of culture and politics—we approach dialogue with magnanimity rather than with mere civility. Will you help us remain a refreshing oasis in the increasingly contentious arena of modern discourse? Please consider donating now.